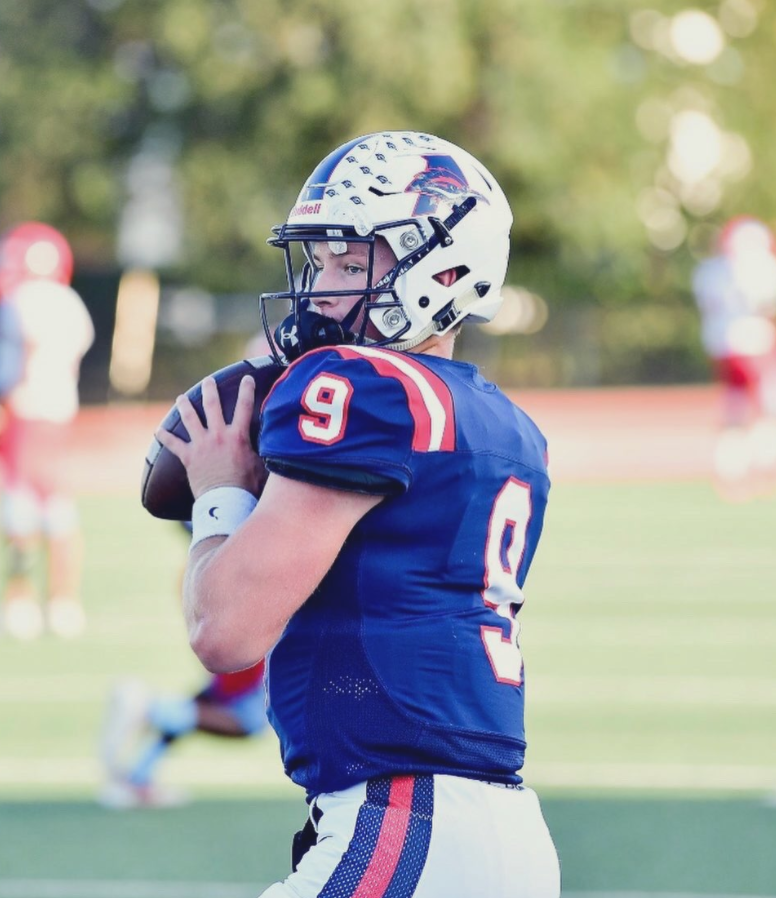 What a glorious day this Friday was. Despite everything going on in the world such as the continuation of the COVID-19 pandemic, Texas finally said hello to a welcome sight, High School Football.

While 5A and 6A are currently delayed five weeks this weekend was an opportunity for 1A-4A to shine and did they ever. One of the more impressive beatdowns was when Aubrey laid the smackdown on Burkburnett by a score of 55-7.

Aubrey last season got into the 4AD2 playoffs with a 4-6 record thus finishing third in their district. After getting to the second round last year, they start off 2020 where they left off with a huge win amongst higher expectations this year.

“To get a win was our number one goal and to achieve it meant everything to us. Especially with the uncertainty over the summer about the season, it felt so good to get back out there and perform the way we did,” Aubrey’s quarterback Jaxon Holder said on the victory.

Unfortunately for Burkburnett, this game was over as soon as it started. Aubrey ran them off the field and it shows in the box score. The Chaparrals had 31 first downs to Burkburnett’s six. Aubrey also outgained them by a ludicrous 477 total yards, including rushing the ball for 400 more yards.

Holder and the offense were the stars of the show. Holder threw for 174 yards and three touchdowns while also running for another score.

“It was amazing. We worked extremely hard in the offseason to get where we are. The guys I had around me, my line, running back, and my wide receivers made my job easy,” Holder explained.

Aubrey was one of three teams in the district to start their season off with a one in the win column joining Krum and Sanger. The pre-season favorite, Celina, started things off with a 32-20 loss to Melissa.

Holder expects this season to be better for Aubrey as he thinks the more diverse offense and defense can lead to a great season for the Chaparrals.

“You can expect a lot more diversity on offense, and in my opinion one of the best defenses around. We have the guys to be able to spread the field, throw it around, and get our athletes in space, and on defense, there isn’t one weak spot out there,” Holder explained.

Holder is a two-sport athlete also shining on the baseball diamond. Holder is also committed to play baseball at Dallas Baptist University. With Jaxon Holder as the helm of Aubrey football as well, expect big things from the Chaparrals in 2020.

“I don’t like to lose. I put in more time outside of practice than anyone to ensure that I can play my best game every game for my guys out there with me. It’s going to be a lot of fun to watch us this year, and not too fun to play us,” Holder said.

Pottsboro on the Brink of its First State Championship, Here’s How They Got There