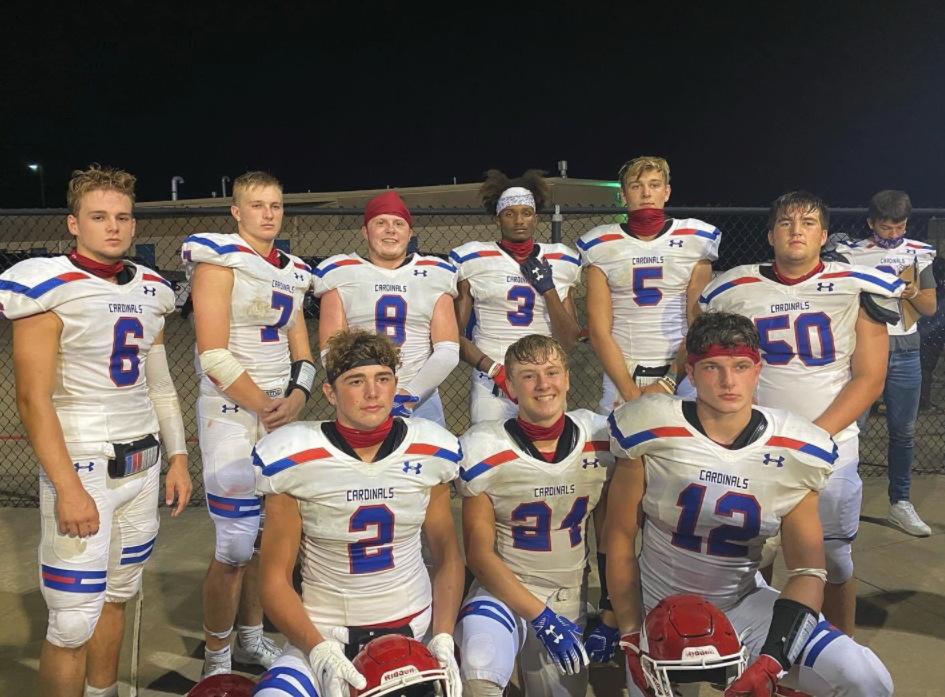 Sabine last year went 10-2 including making a run to the second round of the 3A D1 playoffs. Although they fell to eventual state finalist Pottsboro, the playoff run was their furthest playoff run in program history.

Sabine looks to make another run as they start off 2020 with a close win over Spring Hill 17-14.

“Coming off of our record-breaking season in 2019, it’s a great feeling to know that we’re still capable to do what we started last year,” quarterback Jace Burns said. “I’m looking forward to seeing how I can lead and put in my part to keep this team rolling. Being able to play football at this time is a blessing and we pray every day that we can continue to play the sport we love.”

Jace Burns, who also plays some defensive back, had 153 yards on the ground, including a fourth-down touchdown run from 29 yards out.

“It felt great to finally be back under the lights. To start off though, I’m going to give a huge shoutout to my offensive line for giving me the opportunity to get the amount yards I got. They gave me great holes to allow me to get the yards we needed,” Burns said.

Since 2004, Sabine has finished above .500 only twice, once in 2014 and again last year. To make it two times in a row, Burns will need to continue to put defenders on their ski’s all year.

Despite only 12 starters returning, including four offensively, Burns is still excited for what 2020 has in store for Sabine.

“Consistency and the will to win with this group of boys is something everybody should expect.  I want to lead my boys to a spot in the playoffs and to give them a chance for a state title!” Burns emphatically said.

Sabine battled tough and earned a well-fought victory over a tough Spring Hill squad who also made the playoffs last season. Sabine is loaded with talents such as runningback/linebacker Brannigan Willige and 2023 wide receiver/defensive back Cayden Forster. If they’re hitting on all cylinders, watch out.

“I’m a well-driven kid who has a good mindset and I will always be willing to put in the effort and the extra work! I can’t wait to have another groundbreaking season with my team and coaches,” Burns said.