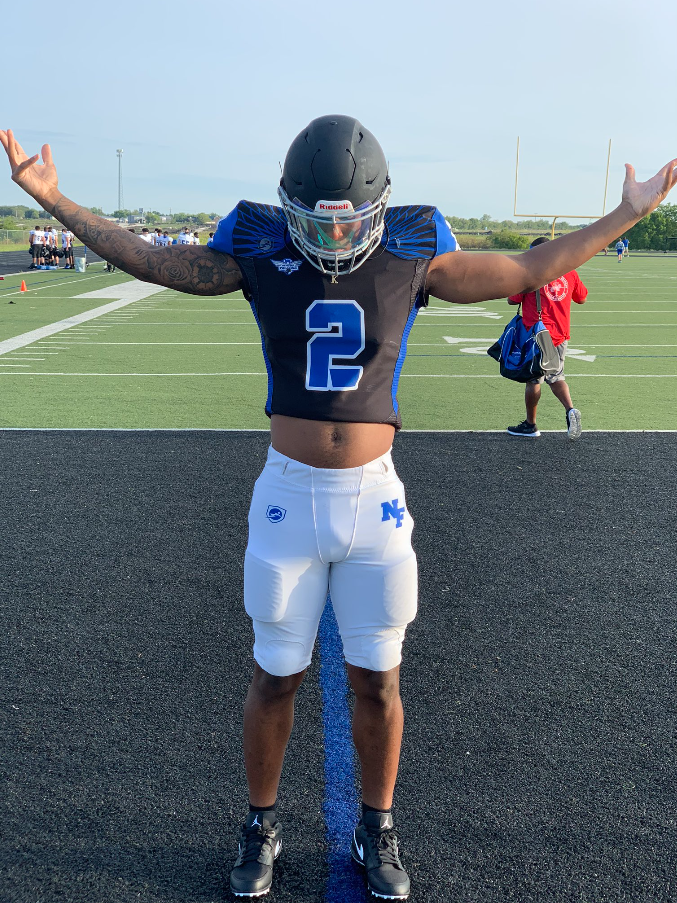 North Forney has some of the more impressive players in all of Texas. Tight end Kameron Allen, defensive tackle Roderick Brown Jr., and running back Ty’Rondic Collins all committed this off-season.

Now all three seniors are looking to end their high school careers on top. Thursday, that mission started with a 34-31 win over huge favorite Frisco Lone Star.

“It felt great,” Brown Jr. said. “I feel like it was a good confidence boost for us as a team and now we know what we can do as a team.”

“It felt really good they are a very good team who has made a deep run in the playoffs consecutively so to know how good they are and for us to win felt amazing to know we can play with those elite programs,” Allen added.

The win isn’t an indictment on Lone Star, they are still an elite team. The win instead signifies the arrival of North Forney.

The Falcons last year despite going 7-3, missed out on the playoffs. They’re making sure that they don’t make that mistake again.

On Thursday against Lone Star not only did they come away with the 34-31 win, but they held the Rangers offense to just 237 yards. Roderick Brown Jr. is a big reason for that as the defensive tackle was a monster all day.

“I believe that our defense came into the game ready to play, we knew what they could do and we knew what they had and so we came to ball and we have a lot of varsity experience guys on the team,” Brown Jr. said.

The situation looked dire late as Lone Star scored back to back defensive touchdowns and North Forney’s starting quarterback, Jacob Acuna went down with an injury. Stress was relieved though when Landon Heath connected with Kameron Allen on a 76-yard touchdown.

“What led to my success was everyone doing their job, the offensive line blocked well enough for my quarterback and then the quarterback was able to throw me a good ball and I was able to do the rest for my team,” Allen said.

Allen, a Michigan State commit, finished the day with just three receptions but for 135 yards a pair of touchdowns.

This victory wasn’t a shock to the Falcons stars as they entered confidently.

“We believed that we could bet them coming in,” Brown Jr. said.

“We have always been confident in our game we returned a lot of starters from last year so our confidence really didn’t change going into the game because we already knew what we were capable of, more people are just starting to take notice now,” Allen added.

North Forney is going to make a lot of noise this year. They were slept on coming into the year a little bit, now no one is sleeping on them. North Forney has arrived and they just showed they can compete with anyone in Texas.

“Our defense is what kept us ahead the whole game what held an OSU commit to 39 yards on 27 carries,” Brown Jr. said.

“Our coaches put in a great game plan for us to score fast and to get stops on defense we started off the game with a pick 6 by Antorius Hambric and after that, we scored and we managed to hold off one of the best teams in Texas,” Allen added.

Marcus looking to get first playoff win in 4 years