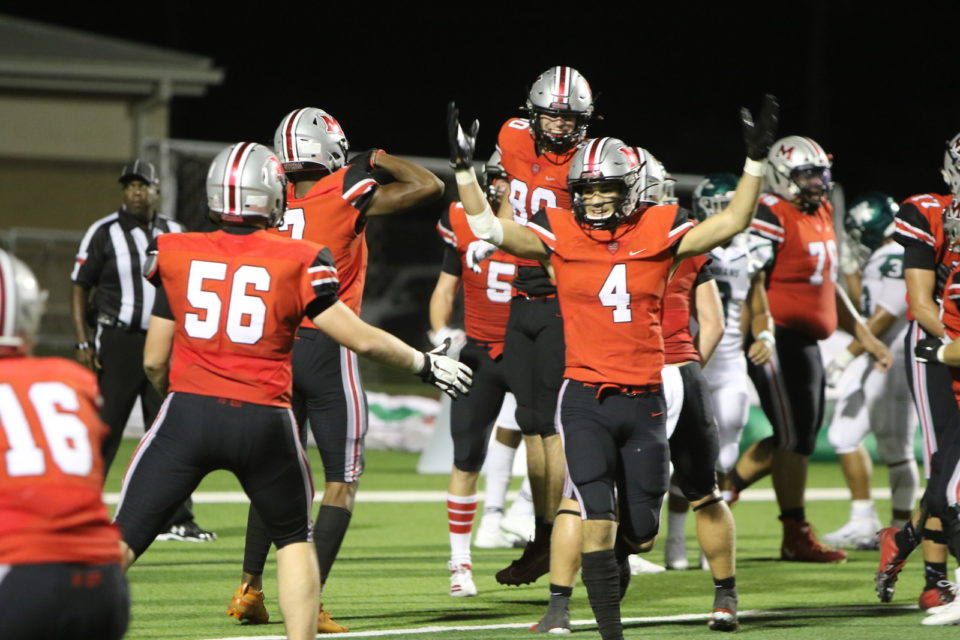 After the past  bye week, the Marauders will be playing the first district game of their season, which is also the homecoming game tomorrow night against the Irving Tigers. It will be held in Marauder stadium at 7 p.m.

The Tigers are coming into this game with a 0-3 record. Their last win was back in 2017 when they finished the season 3-10.  Coach Kevin Atkinson sees them as a “faceless opponent.”

“Focus on their film and attacking them – that’s what we do,” Atkinson said.

The Tigers started their season against some tough opponents. Both North Garland and Kimball remain undefeated with 4-0 records.

When it comes to the Marauders’ offense, the Tigers are going to have to stop senior running back Ty’son Edwards. In the first three games, Edwards has had seven touchdowns, 457 rushing yards and 256 receiving yards. He looks to keep up the same momentum as the season continues.

“I’m just going to keep doing my job and do whatever I need to do to help my team win,” Edwards said.

On the other side, the Marauders are looking to stop senior wide receiver Solomon Neal. Neal is going into the game with four touchdowns,15 catches and 302 receiving yards.

The Marauders and Tigers played last year in Irving’s stadium and the Marauders came out on top 58-13. The Marauders ended the season fifth in the district and the Tigers ended in eighth.The Marauders aren’t looking to take a step backwards when district games start tomorrow night.

“The district opener is one of the most important games of the year,” Atkinson said.