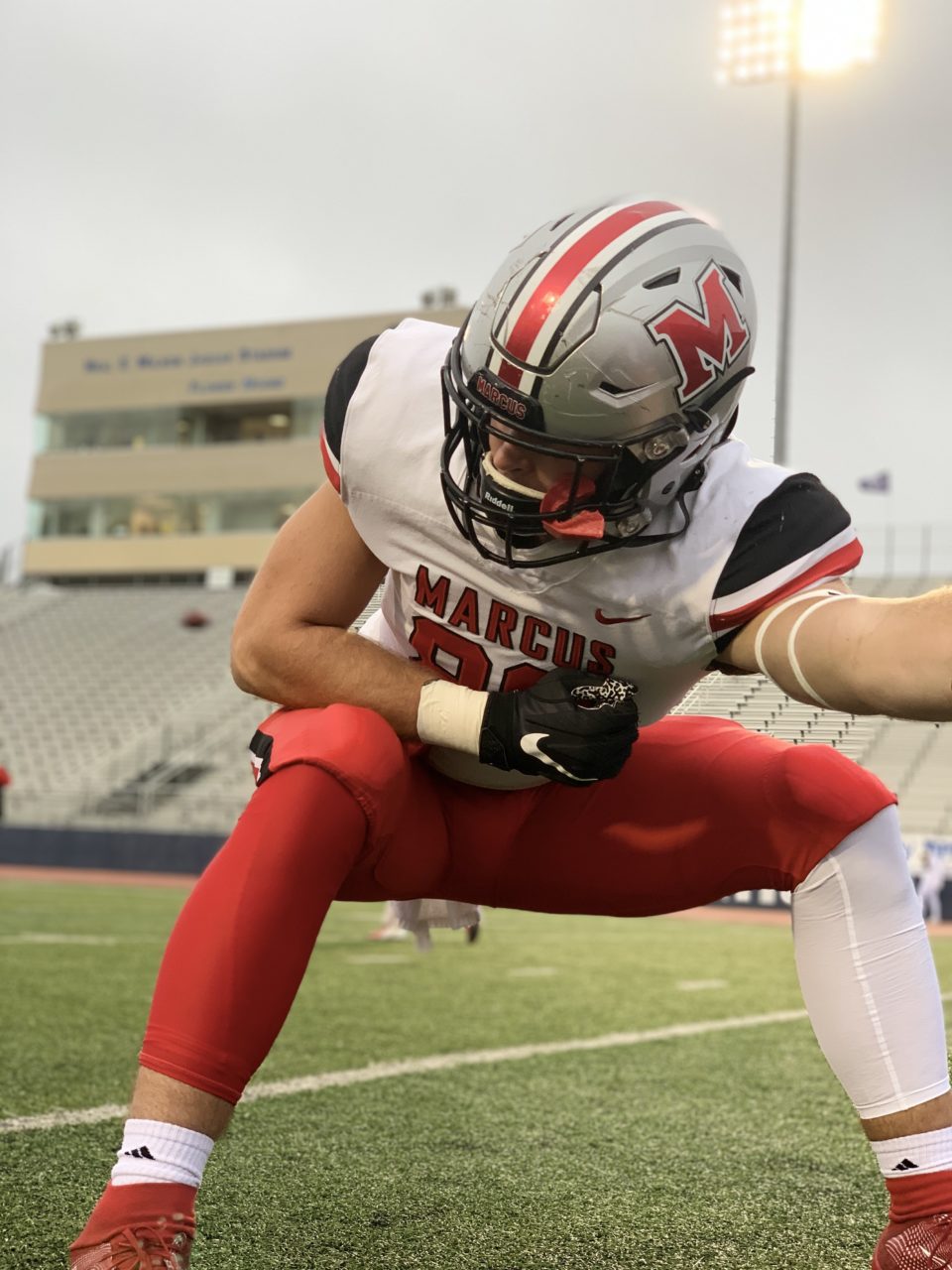 “Getting this district win is going to just be a step farther to getting the district championship,” senior running back Ty’son Edwards said.

MacArthur is going into the game after a  loss to the Hebron Hawks 27-10. The Cardinals  have a 2-3 record in the district games and have been eliminated from playoff contention. Last year, they finished in the district at the sixth seed with a 2-5 record.

❗️Marauders looking to become District Champions with a win over MacArthur❗️

The Cardinals offense will have senior quarterback Dylan Frettoloso on the field. He currently has thrown for 988 passing yards with seven touchdowns and nine interceptions. Junior running back Davieon Morris has 706 total rushing yards with 10 touchdowns, three of which were for 100+ yards.Their receivers have a combined 112 catches and seven touchdowns.

“They can for sure make a big play at any time,” senior linebacker Michael Carignan said. “So we just need to keep them inside the pocket.”

MacArthur’s defense will have junior defensive end Justin Pierce. He currently leads the team in sacks with three. The defense has a total of 15 sacks and seven interceptions on the season. They have given up 30 points or more in five of their games.

“They are very athletic and very multiple,” head coach Kevin Atkinson said.  “When they apply pressure you don’t really know where its coming from.”

The Marauders played the Cardinals last year in MacArthur’s stadium. Edwards led the  Marauders to a win 34-17.

“Ty’son Edwards had a coming out party and hopefully he can repeat,” Atkinson said.

If the Marauders come out on top, they will be the district champions for the 2019 season.The team has achieved this twice before, in 1995 and 1997.

“We have something going and we’re doing some good,” Carignan said. “It would be a huge momentum shift in the first game of the playoffs.”