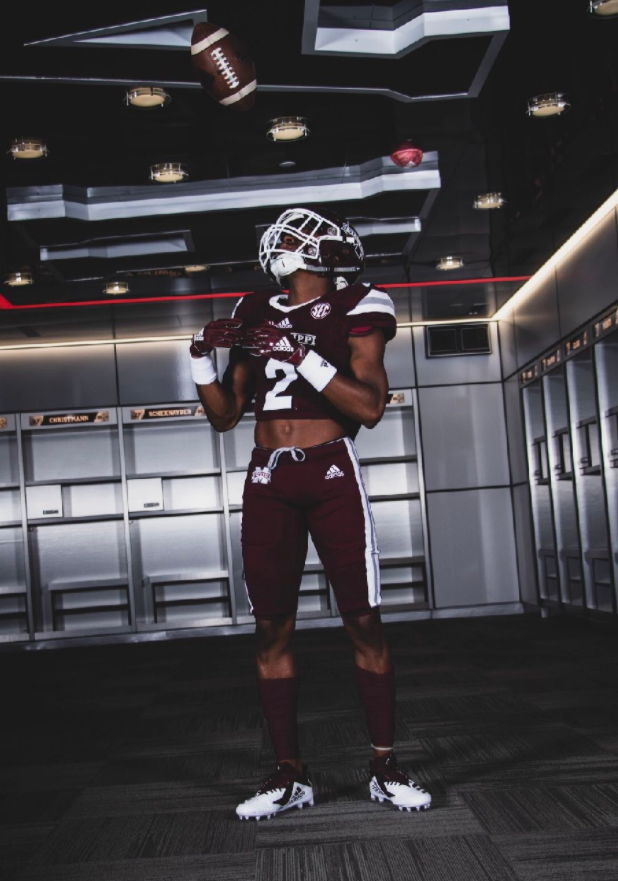 The self-proclaimed fastest player in Texas has shut down his recruitment. On Saturday via his social media, wide receiver Theodore Knox, announced he would be attending Mississippi State in 2021.

Mike Leach, since coming to Mississippi State has spent a good amount of time recruiting in the state of Texas. Knox is the third Texan commit for the 2021 class joining two quarterbacks in the process. Sawyer Robertson from Coronado High School, and Daniel Greek from Liberty Christian.

Knox had a plethora of offers. Most notably from Alabama, Baylor, Georgia, Louisville, Mississippi State, Tennessee, and Texas. He makes it official though, he’s becoming a Bulldog.

Theodore Knox is a wide receiver from The Woodlands, Texas. He’s regarded not only as one of the fastest in the state of Texas but one of the fastest in the 2021 class period. He stands at 5’11 and 170-pounds and is primarily used in the slot. He’s a four-star commit via the 247Sports Composite and is ranked as the 35th best player in Texas and the 41st ranked wide receiver for his class.

Knox can absolutely fly.  He’s the perfect slot man for Mike Leach’s air-raid offense. Who needs size when you can beat everybody?