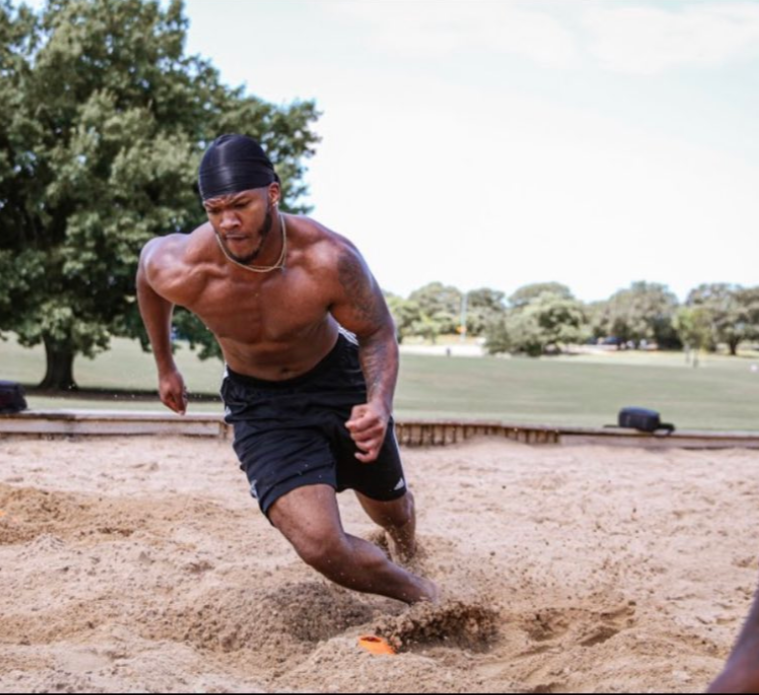 The Hutto Hippos have been one of the most consistent teams in all of Texas in recent years. The past three years they hold a record of 31-5, largely due to their stout defense. Hutto has let up only 21 points per game on average during that span as well. A huge reason for this is due to star defensive lineman, Landyn Watson.

Watson is a three-star recruit via the 247Sports Composite. He’s ranked as the 28th best defensive end for the 2021 class and the 55th rated player overall in the state of Texas.

“Putting in the work when no ones watching,” Watson said on what leads to his success.

Watson as a freshman was the defensive newcomer of the year. As a sophomore, he improved to all-district honors. Then, as a junior, he was the district 11-5A D1 defensive lineman of the year.

In his three year career, Watson has 143 tackles, 41 for a loss, including 19.5 sacks and three forced fumbles. As a junior, he recorded 50 tackles with 14 for a loss and seven sacks.

Watson has been hot in the recruiting trails thus far receiving 29 offers. Recently he announced his top-six schools via his twitter which included Arizona State, Arkansas, California, TCU, Tennessee and Virginia Tech.

“It’s been a grueling process for me and my family,” Watson said.

This recruiting period has been unlike anything any other class of recruits has ever experienced. Due to the COVID-19 pandemic, all visits have been completely virtual for all of these recruits.

Hutto has never won a state championship, but in 2005 was the state runner-up in 3A D2. Although they’ve been consistent in recent years, they haven’t been able to make it past the third round of the playoffs since 2014. Last season, Hutto lost to eventual undefeated state champions Shadow Creek in the area round by a score of 63-14.

Hutto in 2020 makes the move to 6A. They will be in district 25 with Vandegrift, Vista Ridge, Round Rock, McNeil, Stony Point, West Wood, and Cedar Ridge.

The UIL has lifted the ban and some schools have since gone back to on-field workouts at school. Watson has been enjoying his time back with his teammates on the track for 2020.

“Its fun and important to be working out as a team, to get the team chemistry going and the brotherhood,” Watson said.

Watson has one more year at Hutto to close out his career with a bang. He’s been one of the most consistent and best defensive lineman in the state of Texas for the past three years. Expect him to take over 6A football and take over wherever he goes past Hutto.

“The fans should know that I’m going to put on a show every game this season,” Watson said.

Ace Whitehead and the Turnaround of the Lampasas Badgers