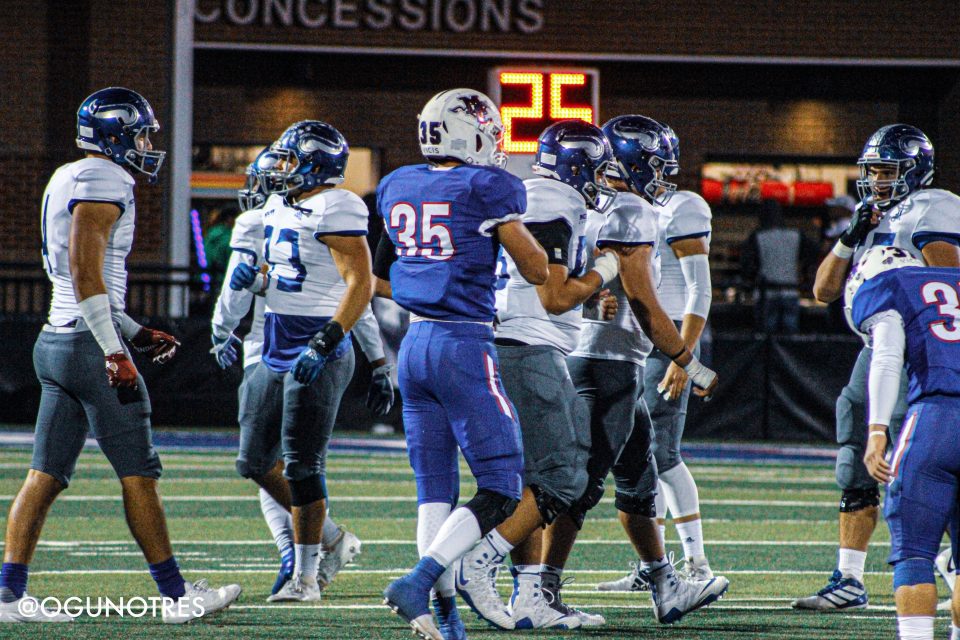 Linebackers are getting faster and faster with some even having wide receiver speed. The latest in this long line of freak athletes at linebacker is Nolan Catholics, J’Dan Burnett.

They only made it to round two though before getting upset by John Paul II to finish 11-1.

With Burnett, Nolan Catholic let up on average 16.9 points per game. Burnett alone was an absolute monster in 2019.

He was a first-team all-state selection. Burnett recorded 69 tackles, 15 of which were for a loss, 14.5 sacks, seven forced fumbles, and six fumble recoveries.

“Mindset to be the best at everything I do, simple as being the best at a video game,” Burnett said on his success.

Burnett is a three-star recruit via 247Sports. He’s ranked as the 36th outside linebacker in the 2021 class and the 79th ranked player overall in the state of Texas. Burnett due to his performance has accumulated offers from 15 programs. Hawaii, Kansas, North Texas, San Diego State, and Navy are some of the highest-profile offers he has.

“It’s been going pretty good,” the star linebacker said on his recruitment. “Just a blessing every day to be able to have places to choose from.”

Nolan Catholic had an amazing year in 2019. But, they along with Burnett aren’t satisfied with it. He has high expectations for 2020.

“The goal is to dominate every game no matter who the opponent is then when it’s time win state,” Burnett said.

Burnett as well as being an assassin on the football field is one of the fastest guys every time he steps on the track. As a sophomore, he and Nolan Catholic finished fourth at the TAPPS 6A state championship in the 4×100 relay with a time of 43.82. Before the 2020 season came to an end he hit his personal best in the 100-meter dash with the aforementioned time of 10.84. 24.54 is his best mark in the 200, which he hit as a sophomore.

“Track is a big part of football because it will definitely help you improve your speed, leg strength, and endurance on the field,” Burnett said.

J’Dan Burnett is simply put, one of the best football players in the state of Texas. A guy who doesn’t get nearly enough love as he should. Burnett is coming out in 2020 with a fire, Nolan Catholic opponents, be wary.

“Fans should know that I’m going to be the best at whatever I do,” Burnett said.