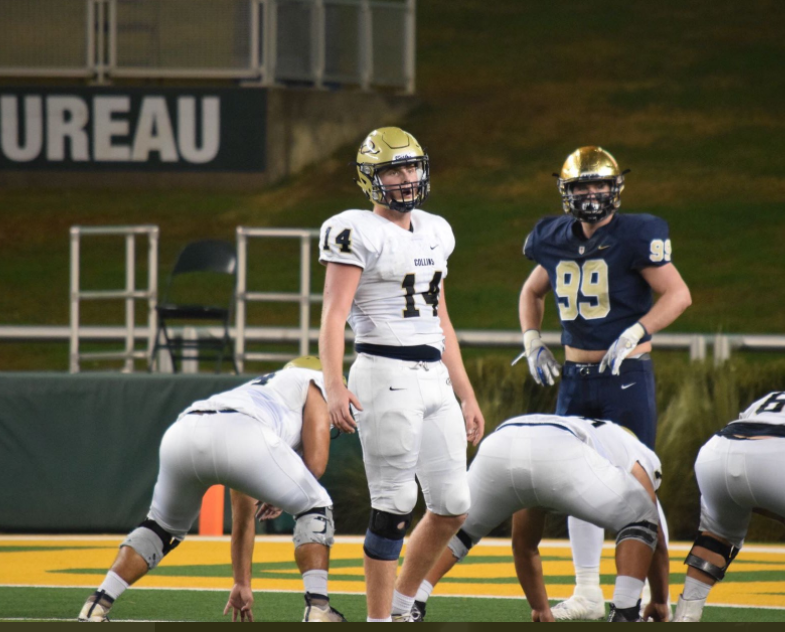 One of the more interesting prospects committed over the weekend. Klein Collins quarterback, Colby Powers announced his commitment to Arizona.

Powers is committed to playing football and baseball in the desert in 2021. He’s expected to transition to a tight end once he’s there.

“The family atmosphere and facilities, and also that they have offered me for baseball and football,” Powers said on why he chose Arizona.

Colby Powers is a three-star commit via the 247Sports Composite. He’s ranked as the 80th tight end in the 2021 class and the 230th ranked player in Texas overall.

Powers as a junior completed close to 60% of his passes for 1,360 yards and seven touchdowns. He also ran for 304 yards and nine more touchdowns.

“Mainly all the hard work I do and my dad being a football coach because he is always having me work work work and that is all I know in life now,” Powers said on his success.

Powers in terms of Baseball is a left-handed pitcher as well as a first-team all-district member for first base.

Klein Collins in 2020 got realigned to district 15-6A. They are aligned with Klein, Klein Cain, Klein Forest, Klein Oak, Tomball, and Tomball Memorial. Klein Collins in 2019 finished 7-1 in the district thus winning it, and making it to the third round of the 6A D2 playoffs with a 11-2 record.

“You can expect us to for sure win district, the 6’4 tight end said. “Make a far run in the playoffs this upcoming year.”

Powers is a tremendous talent. A guy who literally can play all positions on the football field as well as being an all-star baseball talent.

“Fans should know that I will do anything to make a team better even if it is scout team to a starting spot I’m a total team player,” Powers said.