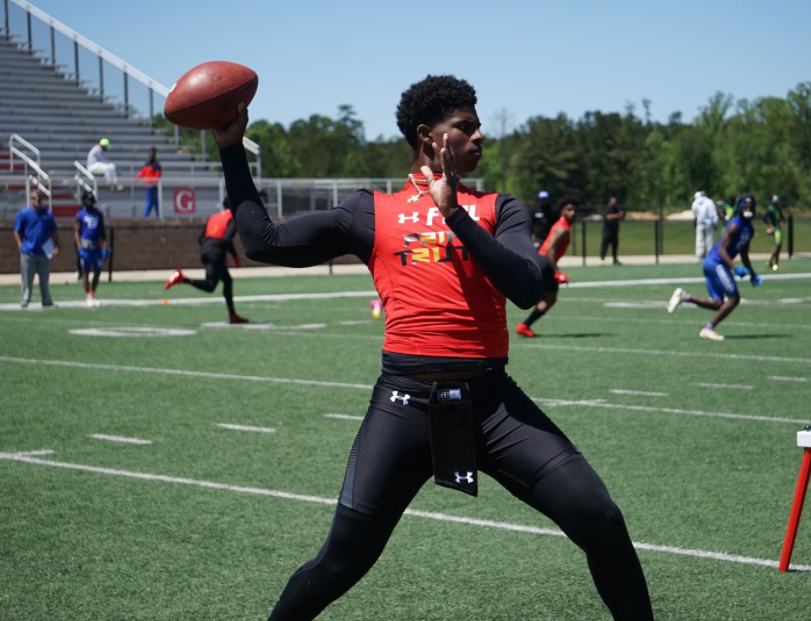 One of the states’ best quarterback prospects for 2021 shut down his recruitment last night. Shedeur Sanders, son of Deion Sanders, and Trinity Christian quarterback decided to commit to FAU.

Sanders, a four-star quarterback via the 247Sports Composite, is now FAU’s highest-rated commit in program history via those rankings. He is the 34th ranked player in the state of Texas and the 14th ranked Pro-style quarterback in the 2021 cycle.

Sanders has put up some ridiculous numbers for Trinity Christian in his career en route to three straight state championships. He has thrown for 8,796 yards and 123 touchdowns to just 19 interceptions whilst completing nearly 64% of his passes.

The signing to FAU comes a big as a shock as Sanders had offers from the likes of Alabama, Baylor, Florida, Georgia, LSU, Michigan, Oregon, and Tennessee among others. Seeing though as those programs already have a signal-caller for 2021, and Sanders has ties to Florida it makes sense why he would pave his own path and go to FAU.

Shedeur’s dad, Deion, is regarded as one of the best football players ever. A nine-time All-Pro, two-time Super Bowl champion with 53 interceptions and 22 total touchdowns to his name. He was enshrined into the NFL Hall of Fame as a part of its class of 2011.

The 6’2 quarterback is the first Texan to commit to FAU’s class of 2021. Sanders’s commitment propels FAU to the number 56 overall class for 2021 via 247Sports. It also essentially secures FAU as the best 2021 class in all of the C-USA.

Shedeur Sanders still has one more year to light it up with Trinity Christian as they look for their fourth straight state title.