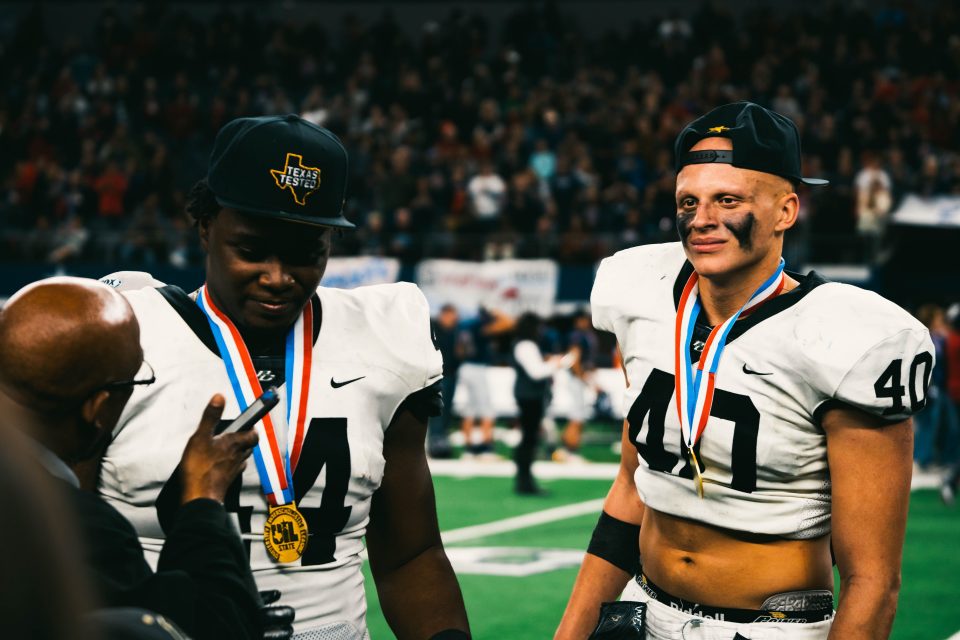 LSU had a historical season last year. A 15-0 record, national championship, 14 players drafted in this past draft. The accolades go on and on and on. Due to this, everyone wants to “hold that tiger”

Jackson is a 6’6 240-pound edge rusher who shut down his recruitment on April 26. Via the 247Sports Composite, he’s seen as the 18th best player in Texas overall and the fifth-best at his position. Despite offers from Alabama, Oklahoma, and Ohio State among others, Jackson chose the Tigers of LSU to call his future home.

“My relationship with the coaching staff and I feel like they can make me the player I want to be,” Jackson said on his commitment.

Jackson, like all the others who recruiting during the NCAA dead period, had a stressful and tumultuous recruitment period. No on-campus visits, just phone calls, face time’s, and virtual tours between themselves, coaches, and the schools of their dreams.

“It was long and stressful at times but it was a blessing being able to go through it,” the star defensive end said.

Jackson, simply put, has been unreal since his freshman season at Pleasant Grove. The Texarkana based 4A D2 program has a record of 44-4 in the last three years. They have two state championships and a runner-up finish in that span.

Jackson himself, talk about some madden like numbers. His freshman year, he was the defensive newcomer of the year with 98 total tackles, 16 for a loss, with 11.5 sacks and three forced fumbles. His sophomore year was ended early due to an ACL injury. He still recorded 15 tackles for a loss and nine sacks en route to being a unanimous first-team all-district selection. His junior year has been the cherry on top though thus far in his career. 110 tackles, 29 for a loss, 17 sacks, eight passes broken up, and seven forced fumbles. Simply, he’s inhuman.

Texas Sports Writers Association awarded him with that 4A Defensive Player of the Year for his efforts. Jackson has been named as a first-team all-state selection in Dave Campbell’s Texas Football’s rankings. In his career, Jackson has 264 total tackles with 60 for a loss and 37.5 sacks.

He’s not quite at LSU yet, he still has one more year to wreak havoc at the 4A D2 level.

“My goal for my final year at Pleasant Grove is to get my third state championship ring,” Jackson simply put.

Landon Jackson is one of the best players in the state of Texas. That’s all you can really say about him. The stats and film alone speak for themselves. With commits like Jackson coming down to LSU in the future, it’s no secret why the Tigers are easily capable of winning it all again and again and again.

“Fans should know that I’m going to do all I possibly can to help lead my team to a win,” Jackson said.