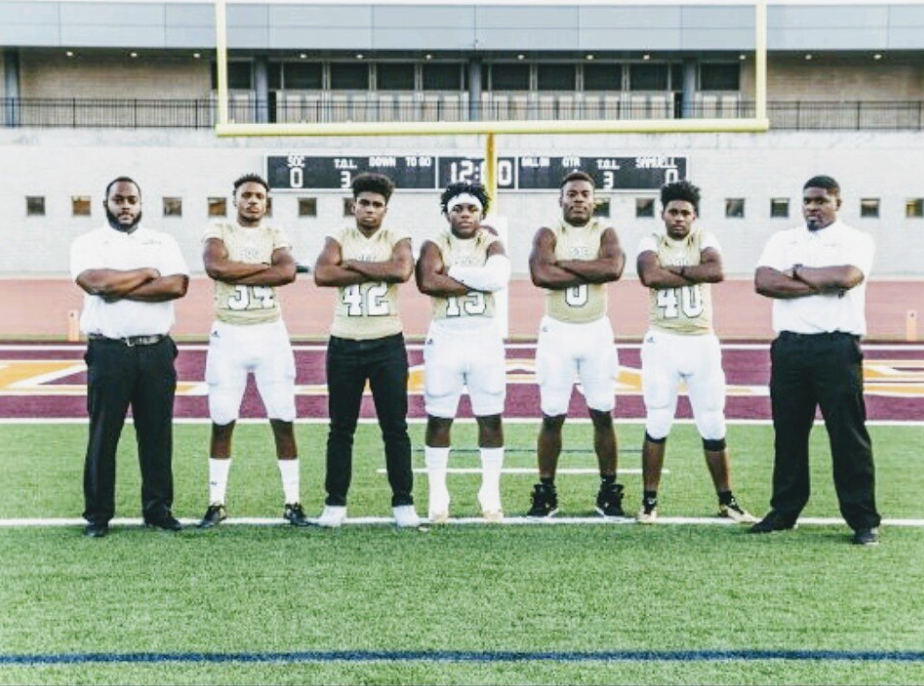 One of the best inside linebackers in the DFW area is heading up north to Idaho. Back in April, South Oak Cliff inside linebacker, Jai Jones, announced his commitment to the Boise State Broncos.

Despite offers from Baylor, Colorado, Georgia, LSU, and Texas A&M among others, Jones has his eyes set on the Idaho school.

“I always wanted to go to college somewhere I have never been and can experience something new and Boise is a beautiful place and a very great experience for me. The connection with the coaches is unimaginable,” Jones said. “They call and check on me every day and I have everyone’s number on the staff. They develop players but they also develop men. They don’t just prepare you for the NFL, but they prepare you for life.”

Jones along with others in the 2021 class experienced a strange recruiting cycle with the NCAA dead period when it comes to recruiting. Jones though still tried to make the most of it.

“It was a very exciting but also very challenging process. I was able to visit a lot of colleges and meet a lot of great people. There were a few obstacles that were very new for me that I had to overcome but for the most part, I loved the experience,” Jones said.

Boise State is receiving a guy who via the 247Sports Composite is a three-star linebacker. He’s ranked as the 25th inside linebacker for the 2021 class. Overall, in the state of Texas, he’s viewed as the 84th best player.

Jones in two years as the quarterback on defense for South Oak Cliff has led them to a combined 20-4 record with back-to-back appearances in the area round of the 5A D2 playoffs.

Jones has combined for 169 tackles, 19 for a loss, and seven sacks during that time.

“I’m constantly working, trying to be the best version of myself. My family, they are very hardworking and that’s all I know how to do. Your average kid works out once a day but I work out three-four times a day and I love to do it,” Jones explained. “I don’t look at it as a chore. I like to get challenged and pushed. I have had great coaches teach me this game of football. They don’t just teach us to line up and just run after the ball. They teach us the reason behind every shift, every line-up, every play.”

Jai Jones and South Oak Cliff remain in 5A D2 with the UIL realignment. He remains as confident as ever that they can get over the area round hump and make a run in 2020.

“Our goal is to definitely dominate the district and to get to state. We have a great offense and defense…I don’t think anyone is going to be able to play with us,” the 5’10 230-pound linebacker said.

With Jones at the helm of the Bears defense, they’ve let up on average a little under 12 points a game. He’s one of the best that the great state of Texas has to offer.

Boise State now has three hard commits for the class of 2021 with Jones being the highest-rated and only Texan thus far.

“I love to workout, I like to chill and stay to myself, I have a twin, I have a little sister, and I can’t wait to come to Boise,” Jones said on what fans should know about him.

Preview: Tripleheader brings exciting end to the regional final round