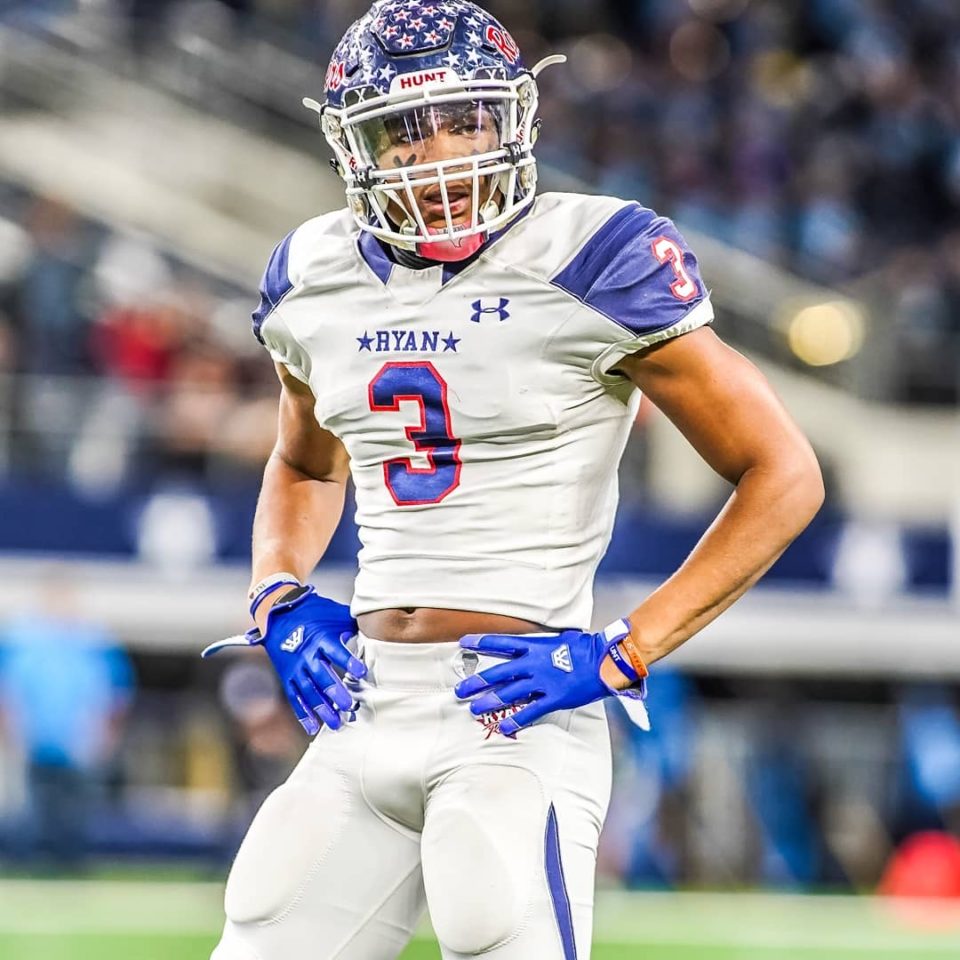 Denton Ryan has been the model of consistency in Texas High School football for the last half-decade. They haven’t lost a regular-season game since the 2014 regular-season.

Every time they lose a top prospect it seems like they have a few more ready to step-up.

2020 see’s the end of the line for running back Emani Bailey as well as the top prospect in all of Texas, Drew Sanders. 2021 will be the last chance for 5-star recruit Ja’tavion Sanders and 4-star recruit Billy Bowman Jr. to capture a state championship for Denton Ryan.

Even if they do come up short, no fear for Ryan as they already have more studs laying in the wake. Most notably, cornerback Austin Jordan.

Jordan is only a junior and is already a 4-star recruit via 247Sports. The lockdown corner already holds offers from Ohio State, Texas, Oklahoma and Penn State among others.

“Hard work on and off the field,” Jordan said on what leads to his personal success.

Denton Ryan last season made it to the state championship of the Texas 5A D1 playoffs where they fell short to Shadow Creek. On that run that took down Frisco Lone Star and the player of the year, Marvin Mims in the state semifinals. Jordan almost took an interception back to the house during that rout.

He finished among the team leaders in interceptions as well as passes defended for the Ryan Raiders.

Ryan has been unstoppable for the past five years. The three seasons prior to 2019 they reached the state semifinals each year.

“The culture of Denton Ryan is a very high standard that we live up to. We rarely lose around here,” Jordan said.

“Playing with many other amazing players ups the intensity in practice there’s always competition to make you better,” Jordan added.

Jordan is still just a sophomore and has two more years to help Ryan climb the mountaintop to reach their apex as a program.

“I want to have a ring on my finger and top my personal bests every year,” Jordan said.

Athletes like Jordan are the reason the Raiders are so dominant year in and year out. Even though they lose the top prospect in Texas, Drew Sanders, to Alabama, the 2020 Raiders come back more loaded up than ever before.

With the return of quarterback Seth Henigan, along with Texas commits Ja’Tavion Sanders and Billy Bowman Jr. paired with junior Austin Jordan the Raiders are primed for another massively successful season.

Jordan remains more fired up now than ever after his successful sophomore season.

“I will be one of the top prospects in the country.”