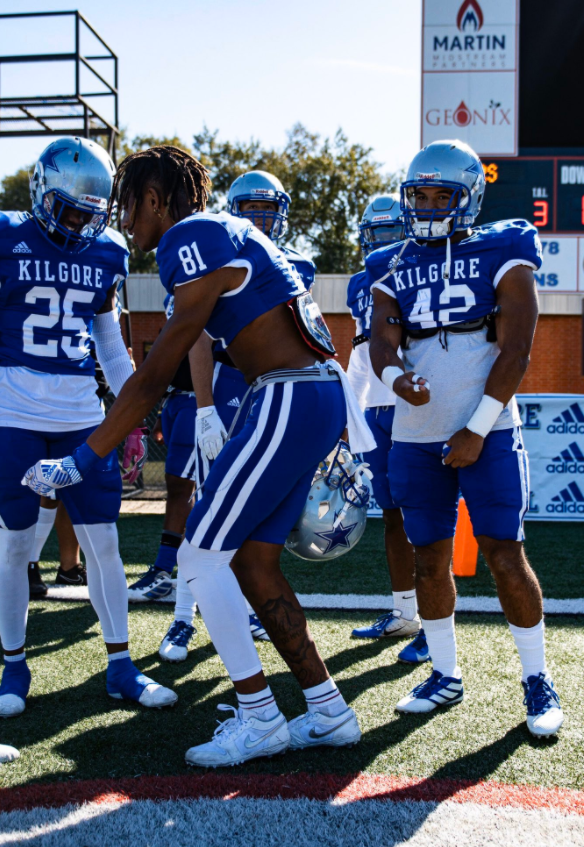 One of the more fascinating routes athletes can take is the JUCO route. If you’re not highly recruited out of high school, you could try going to a junior college for a few years and then transfer to a university. Many of today’s greats have traveled down that path.

Aaron Rodgers, arguably the most talented quarterback ever, out of high school was only offered a PWO at Illinois. He turned it down to attend Butte Community College. Then, he transferred to California and the rest was history.

One JUCO recruit hoping that he’s next is Kilgore College’s, Jaylon Griffin.

Griffin announced via Twitter yesterday that he has committed to UCF. He’s the fourth wide receiver to commit to UCF’s 2021 class which has propelled them to the number 68 ranked 2021 recruiting class in the nation via 247Sports.

“The energy that the staff gave off to me, they treat me like family. A good opportunity for me to play right away in a fast offense that I’m used to playing in.”

UCF averaged 43.4 points per game last season, they’re an offense that likes to move the ball at will.

Griffin hails from Huntsville, TX, and is the top JUCO recruit in the state of Texas for 2021. He’s the 4th ranked wide receiver and the 33rd ranked player nationally for the 2021 JUCO class.

“The JUCO route was fun, and I wouldn’t trade it for anything. It made me a better person and player. Really humbled you,” Griffin said.

Griffin attended Huntsville High School and was a part of the 2019 graduating class. He caught 49 passes for 1,174 yards and 17 touchdowns. He led Hunstville to a 12-2 record and a quarterfinals appearance in the 5A D2 playoffs.

Griffin only saw limited playing time his freshman year at Kilgore, catching two passes for 26 yards but that didn’t stop the offers from rolling in. He received 25 offers in total from Texas Tech, SMU, Kansas, and others.

“I feel that my humbleness got me to the success I’m getting, and of course the man above,” Griffin said.

Griffin still has one more year with Kilgore before moving on to UCF and their ultra-fast paced offense. He wants to go out with a bang at Kilgore.

“My goal is to keep doing what I have always done which is make plays, and win a ring!” Griffin exclaimed.

UCF has been on an absolute tear as of late. In their last 52 games, they’ve gone 41-11 including a perfect 13-0 season in 2017. Third-year head coach and former national champion, Josh Heupel, looks to continue that success well into the future. Commitments from workhorses like Jaylon Griffin will absolutely help that.

“What fans should know about me is that I’m an all-in guy for people that support me. I’m ready to win games!”