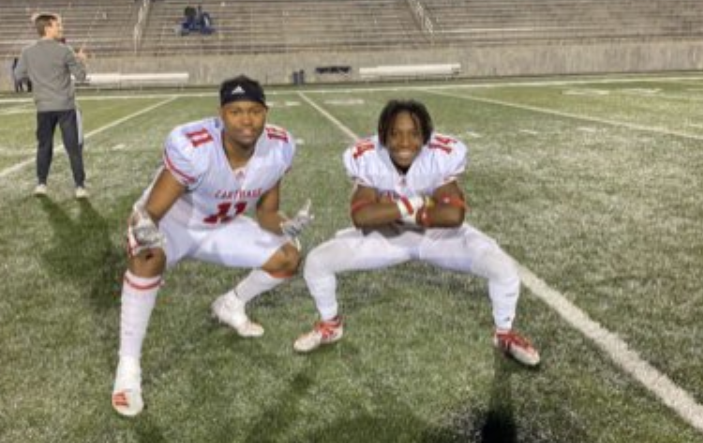 A key piece of Carthage’s 16-0 state champion team has shut down its commitment. Tight end Montrell Smith has decided to commit to Central Arkansas.

“I committed to UCA because it’s a very good school academically and I like the way the football program is going,” Smith said.

Carthage last year won the 4A D1 state title with a perfect 16-0 record. It’s the seventh state title in Carthage history, all since 2008.

“It feels good being a state champion!” Smith emphatically said.

“God leads to my success. Without him, I wouldn’t be in the position I am in now.

Carthage in 2020 look to defend their crown, but this time in 4A D2. They’ll have to go through the defending 4A D2 state champion, Texarkana Pleasant Grove, and their menacing defense.

“A big goal we’re working on this year is preparation being prepared and ready to go every game day,” Smith said.

Carthage with Kai Horton returning and Montrell Smith will be able to score on anyone in 2020.

Reacting to the UIL’s Decision to Delay 6A & 5A Football