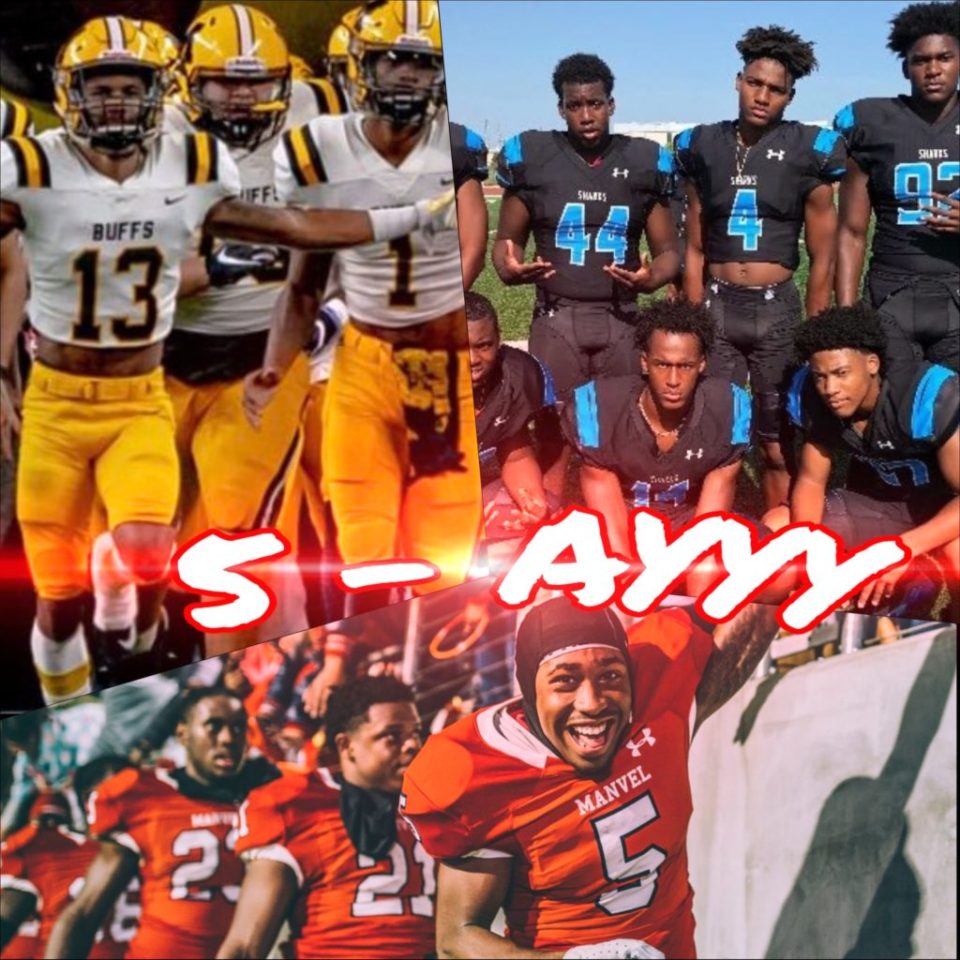 Redemption, focus, patience and destiny. Yea, that’s Houston area 5A football. They are battle tested and ready to show their full potential. Ever heard the term “speed kills”? Well so does that daunted defense of Shadow Creek. The Sharks have yet to allow a 20 point scorer all season, while pitching 2 shutouts. With stars like LSU commit Alec Bryant, future K-State linebacker Jeremiah Harris and the 100 yard landlord Xavion Alford, the offense can kick their feet up until postseason. However, with first year standout Kyron Drones under center, don’t sleep on the O as they look to capture a state title in just their second year of varsity football.

In 2018, Fort Bend Marshall came up short in the state final against Aledo. This year, the mission is simple – WIN. With arguably the best signal caller in the state of Texas, Malik Hornsby and fellow 4 star recruit Devon Achane, makes that Buffalo offense the fastest in the lone star and it’s not even close if we’re being honest. They aren’t doing anything exotic, but you can’t catch what you can’t see. Marshall recently put up 70 points IN A HALF. Now that Florida Gator commit DB Avery Helm is back from injury, one side of the field is already dim for the opposing team. All eyes will be on the 1-loss Buffs to see if they claim what they feel is rightfully theirs.

The undefeated Mavericks of Manvel defines underrated, even with no blemishes on their record. Leading the Mavs to prominence starts with 2020 gunslinger Tucker Yarbrough. Talk about a kid that can really put air under a football – SHEEESH. Not to mention 3 star Jalen Paxton, a threat to take it home on any given play. I’ll be remiss to exclude young Justin Medlock from the party. The 2022 linebacker collects tackles like souvenirs on a weekly basis. Manvel is the only school that gave an L to powerhouse Fort Bend Marshall this year. Two years removed from a heartbreaking loss to Highland Park in the state championship, Hoka Hey nation will be riding high into the 2019 campaign.

Perhaps the best team in the class have been flying under the radar. Schools like Friendswood, Richmond Foster, or maybe Porter High could make deep runs in the tourney. I’m pretty sure future Texas Longhorn star Derrick Harris Jr and the unbeaten New Caney Eagles won’t go quiet into the offseason. Everywhere you look, any direction you turn, there will be problems making it out with your football lives still in tact. These kids are prideful to say the least – they genuinely love and want to succeed for each other. Expect every round to be a dog fight. I’ll tell anyone that Texas High School football is the best sport in the world and look no further than Class 5-AYYY to apply BIG pressure!