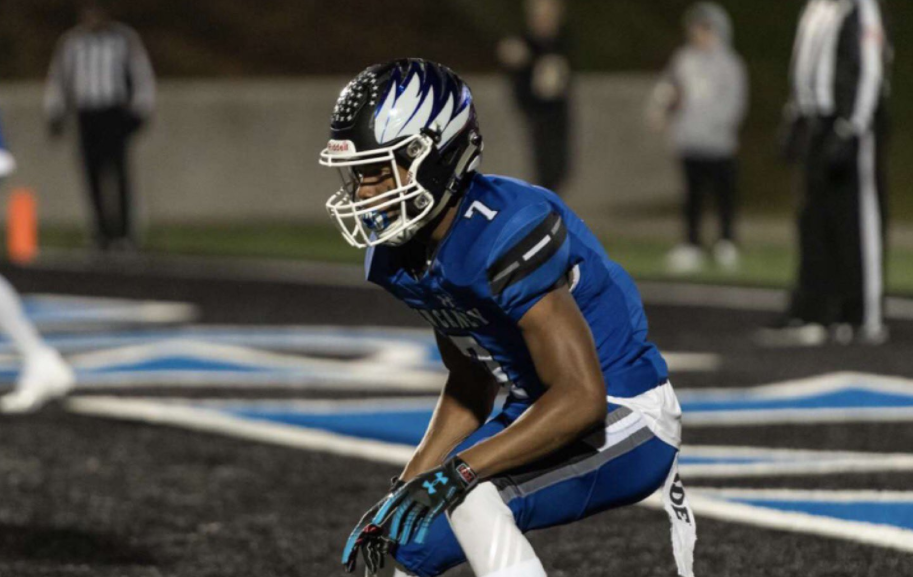 In the early morning hours of July 21, the UIL announced their schedule for games for the Fall. The season will be pushed back a little bit, but ultimately there’s no need to fear as there will be football this Fall in Texas.

Also, another Texan shut down his recruitment as New Caney cornerback, D’Juan Grant committed to Louisiana-Monroe.

“I felt like I could produce the most there,” Grant said. “It felt like home when I spoke to the coaching staff, also the coaches have a plan for me there.”

Grant is a 5’10 165-pound cornerback. He had other offers from the Air Force, Hawaii, Illinois State, Missouri State, and Northern Iowa among others.

In 2019, he had 64 tackles, three for a loss, and an impressive seven passes broken up.

Grant, along with Texas commit Derrick Harris Jr. had a perfect regular season going 10-0. Despite that and winning their district they fell in the first round of the 5A D1 playoffs to Foster by 10 points.

“The goal for New Caney is to get better every day and have a winning season,” Grant said.

New Caney last year held opponents to just 12.2 points per game last season. In 2020 they remain in 5A D1 but are in a whole new district with the likes of Cleveland, College Station, Conroe Caney Creek, Jordan Moore and Lufkin, Magnolia, Magnolia West, New Caney Porter, and Waller.

Grant is only the fourth hard commit for Louisiana-Monroe’s 2021 class that ranks 122nd nationally via 247Sports. Grant is the third Texan though as he joins a pair of three-star wide receivers with Mansfield Timberview’s Justin Kimber and Manor’s Carl Chester.

“The fans should know I will put on a show any time I step on the field!” Grant emphatically said.