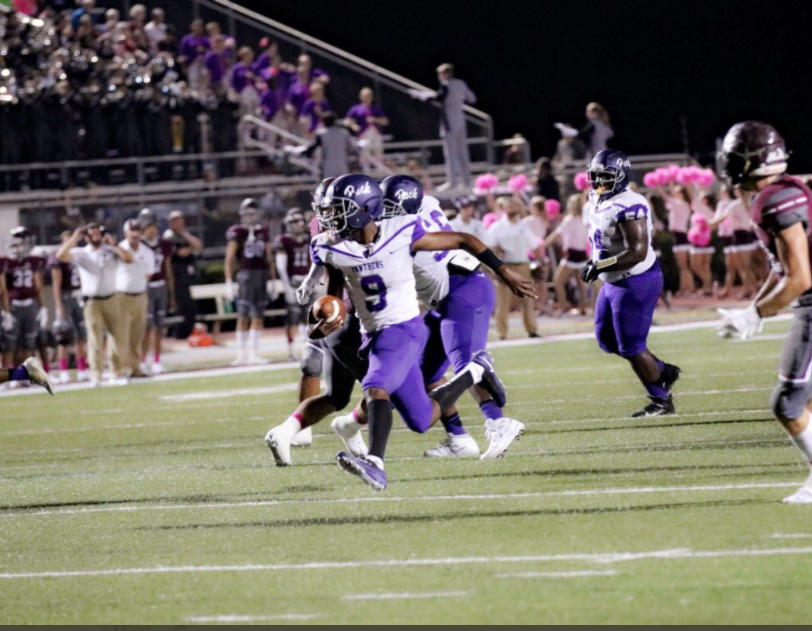 Every year there’s a plethora of players who are vastly underappreciated and criminally underrecruited, especially at the quarterback position.

“It’s a good feeling but I have to live up to it,” Moore said.

Moore said that after being named the Preseason Offensive MVP for his district by Dave Campbell’s Texas Football. The 6’2 185-pound Lufkin quarterback had an incredible year for Lufkin last year. He led them to a 9-2 record whilst completing 66% of his passes for 2,894 yards and 25 touchdowns to just three interceptions.

“What leads to my success is my determination and hard work,” Moore said.

Moore is a three-star quarterback via 247Sports rankings. He’s ranked as the 59th dual-threat quarterback and the 260th player overall in the state of Texas.

Moore currently only has three offers to his name – Hawaii, Prairie View A&M, and Texas Southern.

“My recruiting process has been pretty slow,” Moore said.

Lufkin currently has one football state title to its name, one from 2001 in 5A. Last year, they went an impressive 9-2 and won their district. Unfortunately, they fell in the bi-district round of the 5A D1 playoffs to Texas in double overtime by a score of 41-35. Lufkin has impressively gone 30-7 in the past three years. Moore wants to be the one to get Lufkin over the hump and bring a state title back home to them.

“The first goal is to win a district championship the second is to win a state title,” he said.

No matter where Jordan Moore goes their getting a playmaker and a winner. He’s an elite passer and runner who’s undeniably slept on. Expect him to do big things as Lufkin looks to win their district yet again with Moore at the helm.

Colleges better go take a look, you don’t want to miss out on Jordan Moore.

“The fans should know that I’m an exciting player and that I love them!” Moore emphatically said.