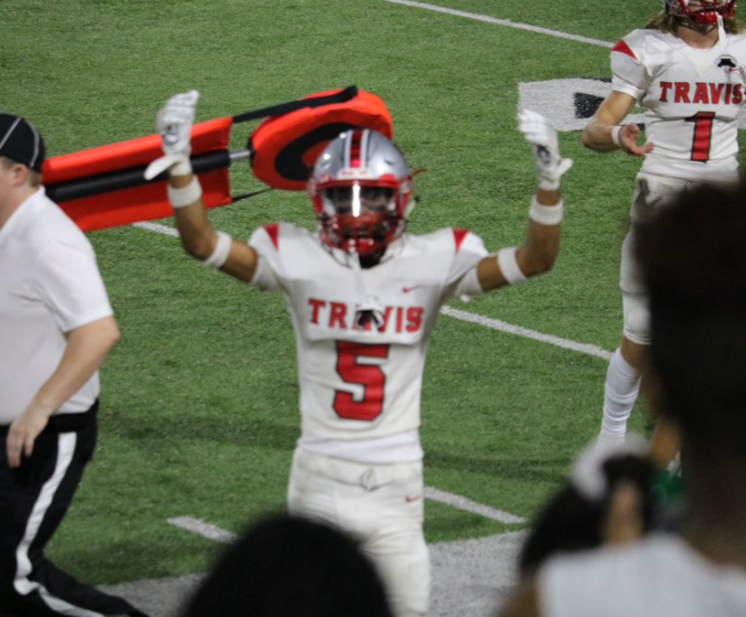 In the late hours of July 20, the senate was working hard to pass another stimulus to help out struggling Americans during the COVID-19 pandemic. While they’re still working out the kinks of that, Cameron Oliver of Fort Bend Travis shut down his recruitment and announced on his twitter that he would be committing to UNLV.

“I really like coach Arroyo and the staff at UNLV. Also, the facilities and being able to play in the new amazing stadium. There is a real buzz in the city around UNLV football,” Oliver said.

Marcus Arroyo was announced as the new head coach of UNLV football in December after being Oregon’s offensive coordination the past three seasons.

UNLV will play inside the new Allegiant Stadium, home of the Las Vegas Raiders and UNLV football.

Cameron Oliver is a 6’1 cornerback from Fort Bend Travis. He’s a three-star commit via the 247Sports Composite. He’s ranked as the 308th player overall in the state of Texas and the 183rd ranked cornerback in the nation for the class of 2021.

In back-to-back seasons he’s been named to the AP all-state team as he has intercepted 14 passes the past two seasons, seven each year. He returned two of those seven in 2019 for touchdowns. Oliver is easily one of the most slept-on cornerbacks in all of 6A Texas football.

“My faith in God and the countless hours of work I put into my craft as well as being a student of the game. In addition to the support of my family and coaches at FB Travis,” Oliver said on his success.

Travis had an extraordinary 2020 as they had an undefeated regular season as well as a district title. Unfortunately, they fell in the first round of the 6A D1 playoffs to Jalen Milroe and Tompkins by a score of 35-28.

Despite losing quite a few seniors, Oliver is confident in his and his teams ability to repeat as district champions in 2020.

“To repeat as undefeated district champs and go deep in the playoffs,” Oliver said on the goal for 2020.

UNLV is getting a ball-hawk animal in Oliver. He becomes the ninth hard commit for the 2021 class. He joins Duncanville’s star edge rusher Kevon Ivy who just committed a few days earlier.

“The fans should know I am a relentless competitor and will contribute to building a championship program at UNLV,” Oliver said.