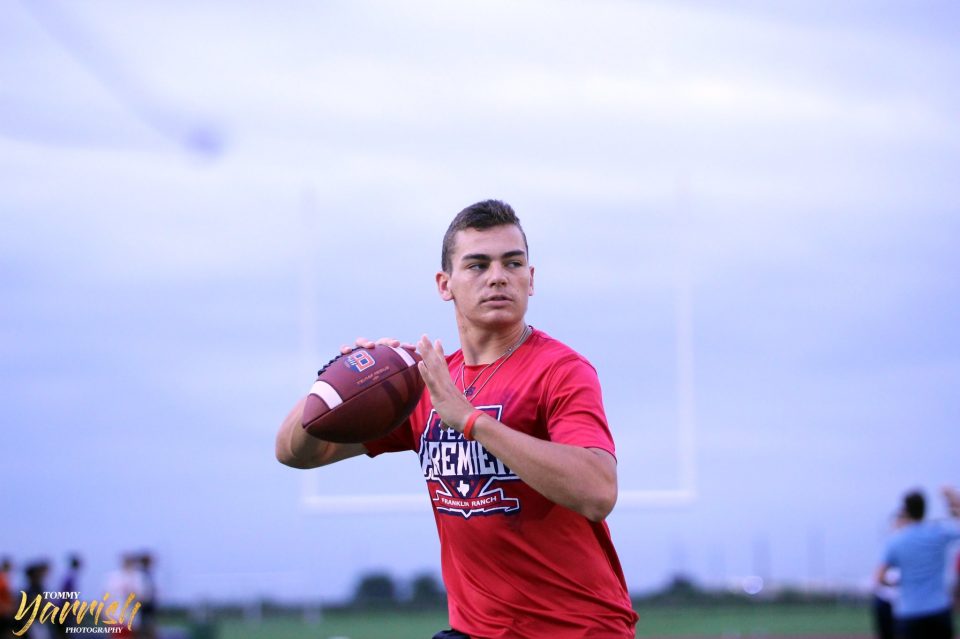 Bridgeland High School first opened in 2017 and has only been a varsity program for two years. Their first year, they went 3-7, not bad at all for a first-year program. In year two though, they went 8-3, almost won the district and made it to the first round of the 6A D2 playoffs where they lost by one point to undefeated Vandegrift.

Bridgeland now enters year three as the favorites to win district 16-6A as they have 19 of 22 starters returning.

Bridgeland may have one of the most lethal offenses as quarterback Conner Weigman, running back Mason Culton and wide receiver Dylan Goffney, all had outstanding years last season.

“It feels good to know that all the work I’ve been putting in is paying off. But it doesn’t change anything for me going to still work and polish up my game,” Weigman said.

Weigman had a crazy year as a sophomore. As the Offensive Newcomer of the Year as a sophomore, Weigman completed nearly 64% of his passes for 2,501 yards and 27 touchdowns to just three interceptions. The dual-threat also ran the ball for 729 yards and seven touchdowns. Bridgeland with Weigman put up 38.7 points per game.

“I think my elusiveness and my ability to put the ball where I want too,” Weigman said on what leads to his success.

Weigman’s top weapon, Goffney committed to SMU in May. Weigman has been hot on the recruiting trail himself though as he has received offers as of late from the likes of Arkansas, Baylor, Houston, Michigan State, and SMU among others.

“It’s been good to talk to some of the coaching staff from the schools I’m interested in. But it’ll pick up more once the coaches are actually allowed to text and call starting at the beginning of my junior year,” Weigman said.

Bridgeland broke through the proverbial glass ceiling in 2019, now they want to see how high they can reach in 2020. With Weigman under-center? Anything is possible.

“We have 19 returning starters so we are very capable of making a deep playoff run this year,” the multi-sport athlete said.

Weigman, who’s also a top baseball prospect, is one of the more impressive athletes in Texas at the moment. Expect him to put on a show for the next two years at Bridgeland whether it’s on the diamond or on the field.

“For me, all the work happens when the lights are off. So when the lights turn on nothing changes for me and that gives me the confidence to do what I do,” Weigman said.