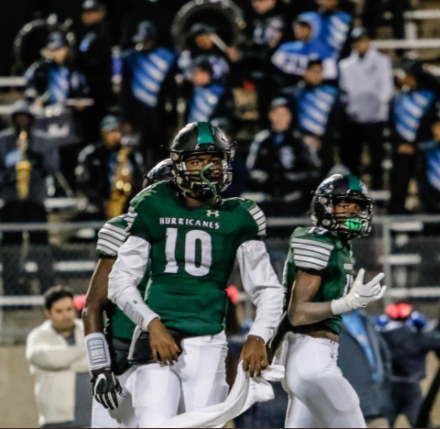 UTEP earned its first commitment for its 2021 class on June 24 in the form of Hightower quarterback Jakolby Longino.

“Coach Canales has been talking to me for about three months now and they really like my tape,” Longino said. “We connect on the field and off the field. We think very much alike. That was big for me.”

Mike Canales was a former quarterback at Utah State from 1981-1983. He is currently the offensive coordinator and quarterbacks coach at UTEP.

Longino is a 6’2 near 200-pound quarterback for Hightower in Missouri City, TX. Under his leadership, Hightower finished 6-5 including a berth in bi-district play in the 5A D1 state playoffs. It was Hightower’s first winning season since 2015.

“A lot of hard work with my team. Working out three times a day and committing to what our coaches have put together,” Longino said.

Longino has received three offers all of which came during the month of May. Texas Southers, Prairie View A&M, and of course UTEP.

“It’s been tough, a lot of schools were interested in me but they wanted to see me in person and COVID stopped that. Coach Canales just trusted me. I sent him some film from me and my quarterback coach workouts and him and Coach Dimel pulled the trigger on me. One of my best days ever!” Longino said.

Dana Dimel is the head coach over at UTEP. 2020 will be his third year with the program after back-to-back 1-11 seasons. He looks to rebound out of that now with Longino on the roster.

Before that though, Longino has one more year at Fort Bend Hightower. With the realignment, Hightower remains in 5A D1 but has a new cast of characters in its district with Angleton, Fort Bend Kempner, Milby, Wisdom, Katy Paetow, Manvel, Richmond Foster, and Rosenberg Terry. Four of which are new district opponents for Hightower.

Longino though remains as confident as ever.

“The goal at Hightower this year is to be consistent. When we play at our best we can play with anyone,” Longino said. “We made a lot of changes in our team. The main focus is to go 1-0 every week and just focus on us.”

Fans of UTEP may not know Jakolby Longino’s name now, but soon enough they will. A guy who has turned Hightower around and looks to do the same at UTEP. A hardworking kid who just loves to ball.

“Fans at UTEP should know I’m a hard-working kid who loves to have fun and win football games!” Longino exclaimed.