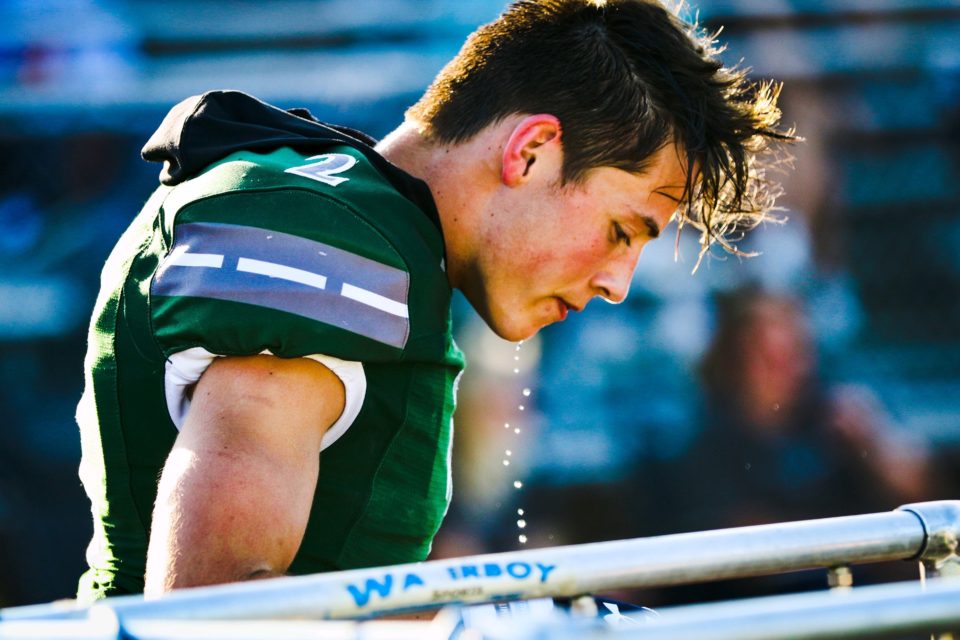 Prosper High School last season opened up the Children’s Health Stadium. The 12,000-seat venue cost around $50 million to build. With the inception of their new stadium came a new and exciting football team to pair with it.

2019 saw the don of a new era for Prosper football.

The team made it all the way to the regional finals in the Texas 5A D1 State playoffs and reached 11 wins on the season, the most they’ve had since 2009.

They finished 8-2 in the regular season with their only losses being to EJ Smith and Dallas Jesuit and the almighty Allen Eagles. Prosper then saved its best football for the playoffs.

They defeated the likes of Wylie, Mesquite and The Woodlands by a combined score of 107-32. They then matched up against 5-star Ohio State commit Jaxon Smith-Njigba and Rockwall inside The Star.

Prosper jumped out to an opening drive touchdown and then followed with a pick-six to take a 14-0 lead. Despite amazing plays later on, by sophomore Tyler Bailey and senior Hayden Metcalf, Rockwall would eventually prevail 59-42 with six total touchdowns from Smith-Njigba.

Even with the loss, the Prosper Eagles made a statement. Although they lose game-changers Jake Majors to Texas and Hayden Metcalf to Illinois, these Eagles look to be a powerhouse for years to come.

Hayden Metcalf was the star wide receiver and a senior leader for the Prosper Eagles in 2019. He wound up finishing his senior season with 59 catches for 1,043 yards and 14 touchdowns. Add that to his 34 catches for 578 yards and three touchdowns a year prior and you’re looking at a pretty impressive Prosper career for Metcalf.

“For my personal success, I have to continue to keep training with margin hooks and keep my footwork in shape, and then, of course, a big factor is staying consistent and getting bigger in the weight room so I can go out there and compete with the big guys,” Metcalf said on his personal success.

During his successful senior season, Metcalf decided to commit to the University of Arkansas. However, due to coaching changes, Metcalf instead has chosen to become a preferred walk-on at Illinois and play under head coach Lovie Smith.

“I chose Illinois because all through the recruiting process they kept it truthful a lot of schools will lie and say things they don’t mean, and of course they have the best education in the Big10 and amazing facility’s so that’s why I’m attending there,” Metcalf said.

Under Prosper’s tutelage, Metcalf turned into one of the most threatening wide receivers in all of Texas. Metcalf is a leader among men on and off the field as he’s one of the classiest players in the state as well.

“Prosper High School culture was built around family. We wanted everyone to feel like they are at home and feel like one big community, but we were really big on legacy and football in December,” Metcalf said. “Playing football in December is our number one goal every year and to do that you have to go 4 rounds deep. And for legacy we want to leave prosper as better men then we did when we came into the program. To be a role model for the athletes and students under us.”

Metcalf lives and breathes that quote every day.

Prosper in 2019 reached it’s highest win total in a season this decade. Metcalf was a huge reason why.

“I think our key factor to success this year was that we all bought in. We were a very young team with a lot of sophomores and junior, but we were all mature enough to do what we needed to do to make it deep in the playoffs,”

Some of the stars Metcalf are talking about is Jackson Berry, starting quarterback for Prosper who had a breakout year for the Eagles. He completed nearly 65% of his passes for over 3,000 yards with 37 touchdowns to just six interceptions. He also ran in for eight more touchdowns.

Sophomore Tyler Bailey, led the team in catches with 64 for 726 yards and 13 touchdowns. He also had another 700 yards on the ground with five more touchdowns.

Although stars like Jake Majors and Hayden Metcalf are moving on Prosper will return in 2020 as loaded as ever.

As for Metcalf, he has huge plans for his future.

“In the future, I plan on being a big-time player for Illinois and being a leader that helps out where they need me. I plan on contributing fast and not trying to redshirt so we will see what happens from there!”

Twins Bryson and Blaine Green Look to Lead Allen in 2020