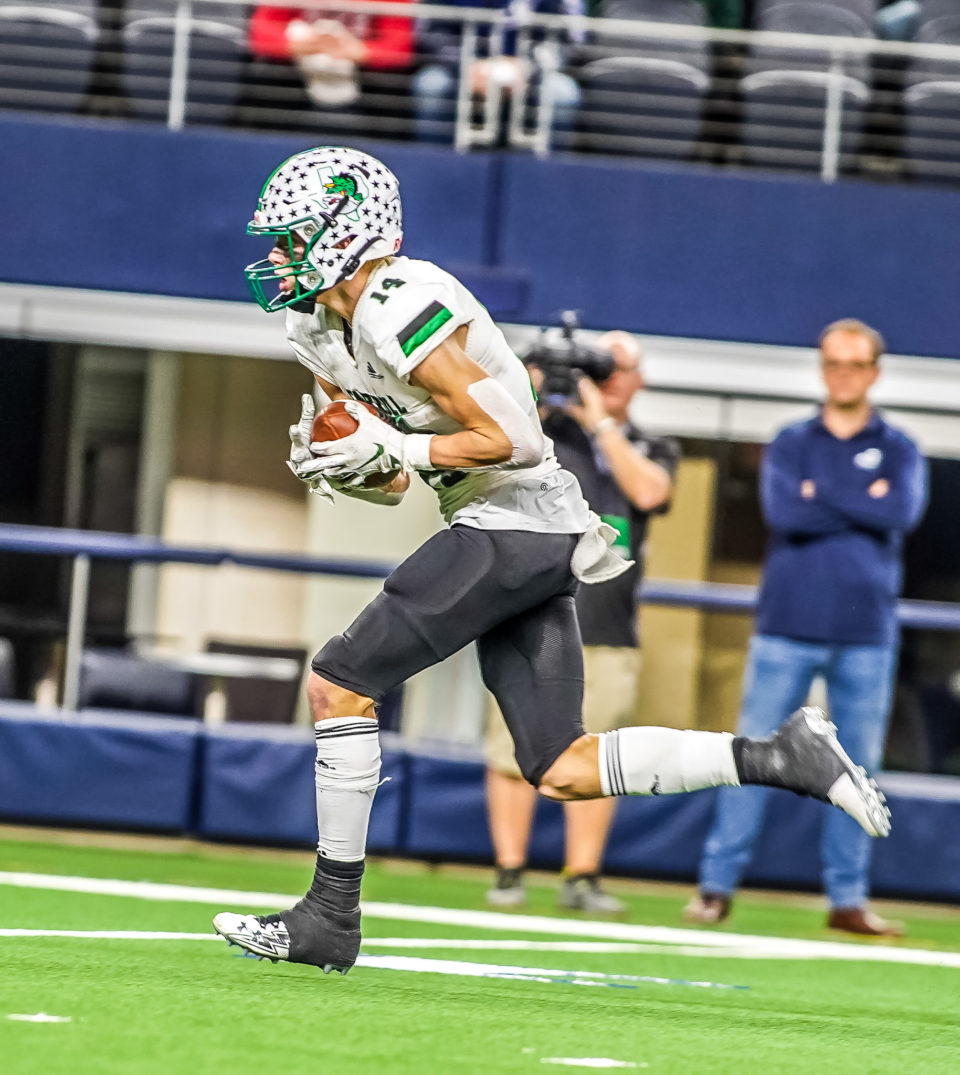 One of the best football players in the state of Texas last year was the sophomore quarterback for Southlake Carroll, Quinn Ewers.

Ewers in 14 games last year threw for over 4000 yards, ran for over 500 more, had 54 total touchdowns with just three interceptions whilst completing over 72% of his passes. He parlayed that success into being the top quarterback in the country per 247Sports’ 2022 rankings.

One key reason for all that success? Wide receiver Brady Boyd.

Boyd this past weekend announced his decision to commit to the University of Minnesota.

“The relationship I have with the coaching staff and the ability to play early,” Boyd said on what swayed him to be a Golden Gopher.

Boyd also held offers from Utah, Texas Tech, Oklahoma State and Boise State among others. The three-star 6’1” 175-pound recruit still has one more year with Ewers and Carroll.

As a junior this past year, Boyd had 66 catches for nearly 1,000 yards and nine touchdowns in 14 games. He was also named first-team All-District.

“I feel that my work ethic and being unwilling to fail,” Boyd said, is what leads to his success.

Carroll last season went 13-1 with Boyd. They made it all the way to the state quarterfinals before losing to an eventual state runner-up in 6A D1 Duncanville 49-35.

Southlake Carroll has one of the best football programs and cultures in all of Texas. They’ve won eight state championships in football all from 1988-2011. They’ve grown NFL talents such as Chase Daniel, Greg McElroy, Scott Chandler, and Garrett Hartley among many others.

“It’s a family bond, when we’re all in that field house we all have the same mindsets and goals as a team/ family, and we all hold the same standard,” Boyd said.

Before Boyd travels up north to Minnesota he has one more year in Southlake to try and give the Dragons their ninth state title. Boyd thus has one more year with Quinn Ewers and had some positive words to say about his star quarterback.

“Quinn is definitely the best quarterback in the nation there’s no doubt in my mind, so being able to have him at quarterback is amazing. I always know the balls gonna be right where it needs to be.”

Boyd and the rest of Carroll have a few goals for the 2020 season. District champions, then state champions.

“The first goal is district champs, then practice on thanksgiving and then play deep into December,” Boyd said.

The Golden Gophers are getting a great athlete and an even better person on and off the field in Brady Boyd. Minnesota shocked the college football world last year by finishing 11-2 including an Outback Bowl win over Auburn. With commits like Boyd coming in, there’s no doubt they could be in the thick of things again in the Big Ten for years to come.

“In the future, y’all can expect me to be fully bought into Minnesota, hopefully catching some touchdowns in big games.”