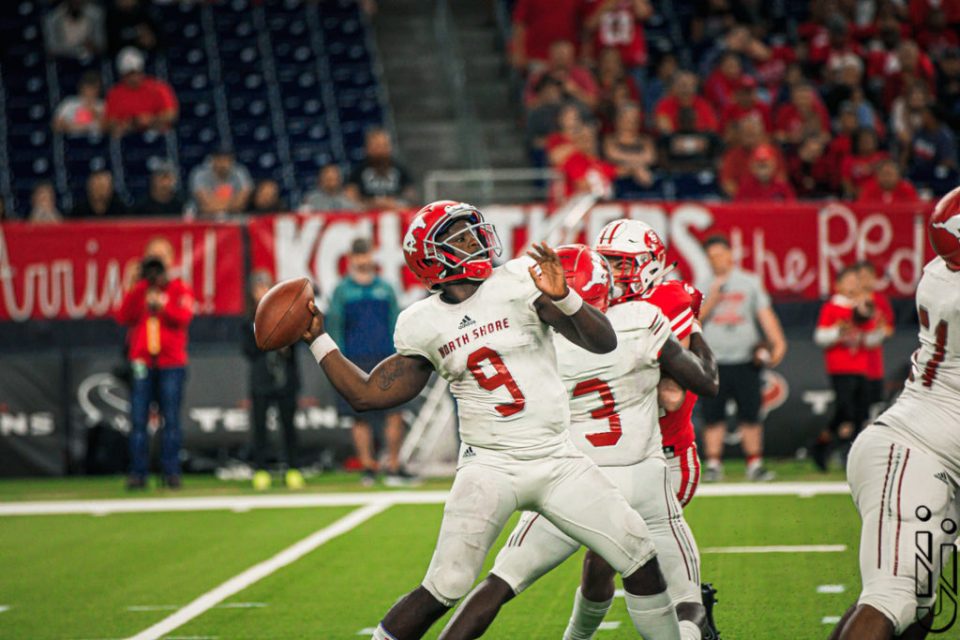 Today, the world of recruiting go thrown on its head when North Shore quarterback, Dematrius Davis, announced he was de-commuting from Virginia Tech.

Davis verbally committed to the Hokies back in November. Prior to that, he announced his top-five of Baylor, LSU, Nebraska, Texas A&M, and the aforementioned Virginia Tech Hokies.

Davis tweeted the following about his de-commitment.

Davis is currently a four-star recruit via the 247Sports Composite and the 21st ranked player in the class of 2021. As a junior Davis threw for over 3,000 yards with 49 touchdowns and just two interceptions. His senior season saw him accumulate more than 4,000 total yards with 1,446 of them being on the ground and scoring 54 total touchdowns.

With him back at the helm for his senior season, there’s no doubt North Shore should be considered the favorite to run the table for a third straight year.

It is currently anyone’s guess where Davis will end up, yet don’t count out the Auburn Tigers from landing The talented dual-threat signal-caller.