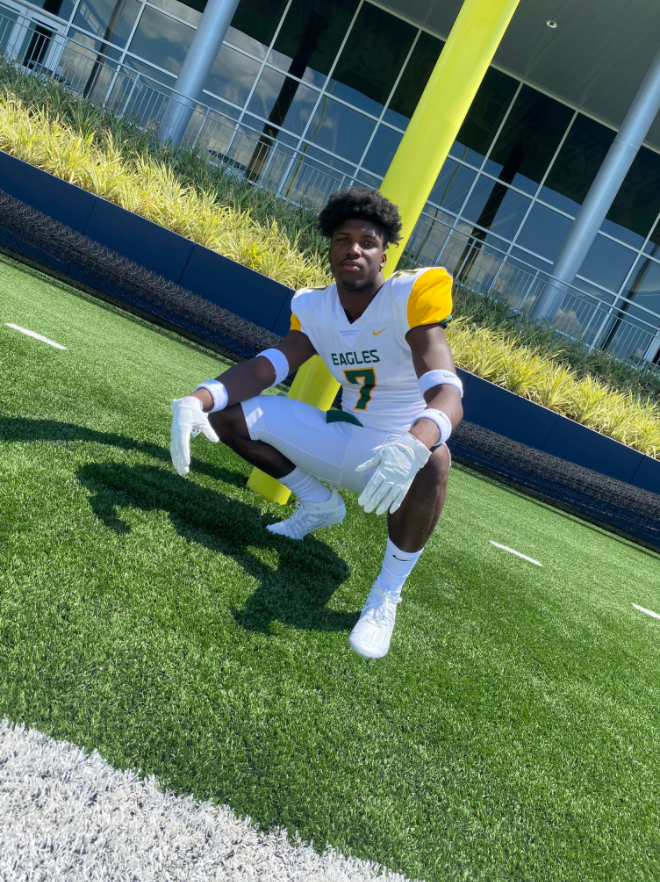 It’s no secret that Klein Forest had a rough year last year.

An 0-10 season with no games being decided by one possession. Unfortunately, it’s been that way for a while now. They haven’t made the playoffs since 2009. Klein Forest though might have an opportunity to have a dream season in 2020. Why? New running back, Ahmonte Watkins.

Watkins is a four-star running back who just moved here from Reserve, LA. He’s the fourth-ranked all-purpose back and the 42nd ranked player in Texas for the 2021 class.

“To me, it is the same because I still have my family and they will make any place feel like home,” Watkins said.

He’s also one of the best athletes in the state as he specializes in Track and Field as well. As a freshman, he finished first in the 200-meters (21.72) and third in the 100-meters (10.9) at the Louisiana Class 1A-2A state meet. As a sophomore, he took home first place in both events with new personal bests of 21.71 and 10.71 respectively. His junior season, before the Track season was shut down, he posted a 21.39 in the 200-meters.

“It helps me by being able to outrun people that are trying to take different angles and help me with footwork also,” Watkins said.

“The tough practices the coaches put me through and how I want to get better every game and track meet,” Watkins said.

Watkins is a huge addition to the Klein Forest football team and Track and Field team. Watkins should provide some much-needed help on the gridiron. He runs a 4.58 40-yard dash as well as having a 37.7 inch vertical. He has offers lined up from 17 different programs including Arkansas, Louisville, Miami, Purdue, and Texas Tech.

“To make sure we play as a team and have each other backs and prove to our selves that we can compete with anybody the steps in front of us,” Watkins said on the goal for 2020.

Watkins is an all-around athlete. Once sports are back up, he’s going to show Texas why he’s one of the best in the state. He’s conquered Lousiana, Texas is just next on his list of places to conquer.

“Fans should know that I draw sometimes and I also know how to dance and I am just a kindhearted person,” Watkins said.