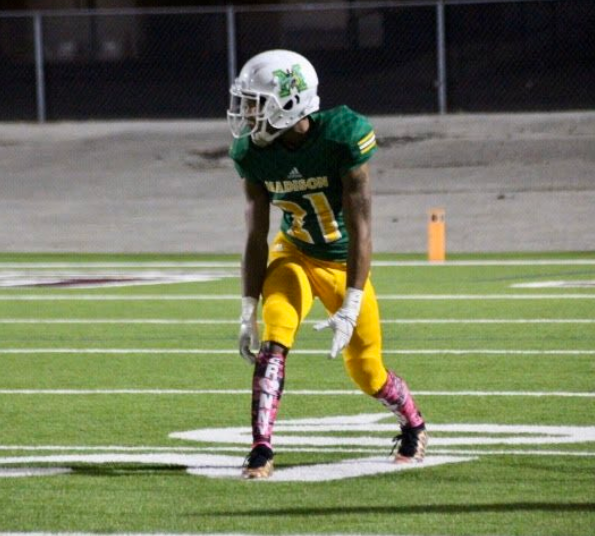 SMU has been on an absolute tear as of late when it comes to recruiting. They’ve landed seven recruits from May 1 – May 10 for their 2021 class. The moves have catapulted SMU to the 26th ranked class via 247Sports. A massive jump from their 2020 class which was ranked 82.

Finally, on Mother’s Day, they landed two more commitments, three-star linebacker Trevion Sneed and another three-star athlete and one of the most underrated players in all of Texas, Jayleen Record.

“It made me feel comfortable to be there and I loved the coaches and the environment,” Record said.

Record is coming off an astounding junior season in which he ran for 1,159 yards on just 99 carries. He also had 22 catches for 441 yards and combined for 30 touchdowns from scrimmage for the 9-3 James Madison Trojans.

“My father’s death and doubters make me want to go harder every day,” Record said on what leads to his success.

There’s no doubt his father is looking down with a smile from ear to ear seeing not just how good of a football player Record has become, but from how good of a man he’s become.

Record, after his class 3A All-State Honorable Mention season, and his commitment still has one year before he’s officially a Mustang.

“I would like to end my Highschool career as a hero, leader, and example for the school to show that we, Madison still have hope,” Record said.

The 5’8 speedster should provide the SMU Mustangs with a burner down the field and a player who can really do it all on offense.

“I’m a go-getter and I won’t let people down. Pony up,” Record said.