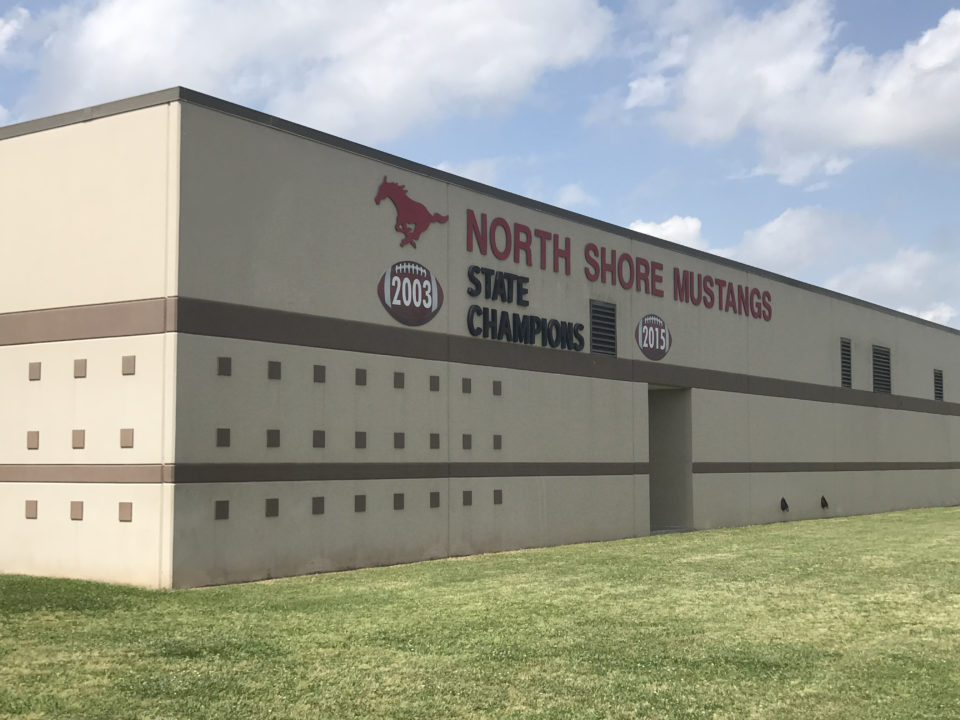 The State champions are back and they’re ready for a repeat bid. North Shore’s 2018 season was a dream and they’re hoping 2019 is more of the same.

There’s a lot of rebuilding to do, as the Mustangs lost a lot of starters on the offensive and defensive line. Offensively, quarterback Dematrius Davis, running backs Zach Evans and John Gentry and wide receiver Shadrach Banks are the major contributors returning. Alongside them, Charles King will play a bigger role in the passing game as will Zorhan Rideux. Along the offensive line, Damieon George is back for his last season and should be the anchor for the line.

Defensively, cornerbacks JoJo Wilson and Upton Stout return along with Marcus Cockrell and Perry Wells. Linebacker Corey Flagg Jr returns and that about does it for major contributors defensively. The Mustangs’ defense has a lot of rebuilding to do, but with the talent and coaching they have, they should be on the right track come football season.

-2020 running back Zach Evans’ recruitment remains as murky as ever. As a prospect, he’s D1-ready now, he continues to add muscle to his frame and will look to lead North Shore back to the state title once again.

-2021 quarterback Dematrius Davis Jr.’s recruitment has taken off since he won MVP of the state championship and MaxPrep’s National Sophomore of the Year. He said Texas A&M, Florida State and Nebraska are recruiting him the hardest. He’s visited the three as well as SMU, Louisiana-Lafayette, Tulsa and Arkansas, among others. Davis’ poise and decision-making at his age make him a rare prospect and though

-2021 wide receiver Shadrach Banks landed an offer from Penn State on Wednesday, his 31st. Banks has been projected at multiple positions at the next level but seems to have settled in at receiver. He’s got legitimate track speed and matches that with a big body that can break arm tackles and overpower defensive backs. Banks and Davis have discussed playing together at the next level, should the right opportunity arise, and do expect to take a couple visits together moving forward.

-North Shore’s 2022 prospects are coming into their own. The Mustangs have two defensive backs in cornerback Denver Harris and safety Jaidan Scott who project to be top prospects in their class. Harris is already 6-foot-1 with long rangy arms. Scott isn’t fully developed just yet, but his play speaks for itself. The safety is an enforcer in the run game and proves to be just as effective in coverage.