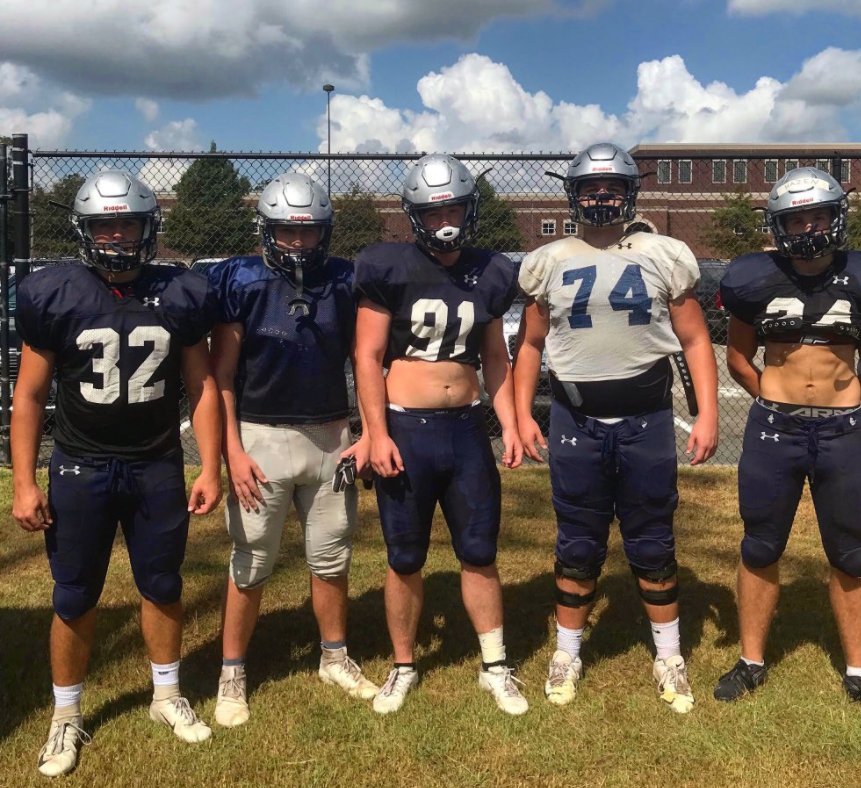 The Dave Campbell’s Texas Football District 13-6A Preseason Defensive MVP has shut down his recruitment.

Dylan Hazen from The Woodlands College Park, whose entire family is from the Carolina’s, has decided to commit to Wake Forest.

“Really what led to my commitment was basically the combination of academics and the football that Wake Forest could provide for me. The degree that I could earn from Wake was a big factor that led to my commitment. Also the college-style campus and that it being so close to where all my family is, it just felt like the best fit for me.”

His parents, Tim and Linda, both attended Clemson as Tim was a powerlifter while Linda was a cheerleader.

Hazen is a three-star commit via 247Sports. He’s ranked as the 33rd inside linebacker for the 2021 class and the 144th ranked player overall in the state of Texas.

Hazen has been a tackling machine for the past two years for College Park. As a sophomore, the 6’1 220-pound linebacker accounted for 73 tackles, 17 for a loss with seven sacks as well as a first-team all-district selection. As a junior, he was again a first-team all-district selection but this time with 101 tackles, 14 for a loss, and eight sacks.

Hazen also runs track where he competes in the 100-meters and the 4X100-meter relay.

College Park hasn’t made the playoffs since 2015. Last year they finished 5-5, good enough for seventh in the district. In 2020, they go from a nine-team district to a six-team district. The district will include The Woodlands, Conroe, Conroe Oak Ridge, and new teams Conroe Grand Oaks and Willis.

Hazen and his defensive unit are expected to break that streak and bring College Park to the playoffs.

“First and foremost my goal for this year would be to win the district. Not only go into the playoffs but go deep in the playoffs as a team. As an individual goal, I would say my goal is to become the District Defensive MVP because the last two years I have been a contender but fallen up short of that goal,” Hazen explained.

Hazen is one of the best linebackers the state of Texas has to offer, with College Park expected to make a playoff run this year, watch Hazen explode into the spotlight.

Hazen becomes the 17th hard commit for the Demon Deacons. His commitment moves Wake Forest to the 41st ranked 2021 recruiting class in the nation and 11th in the ACC. The linebacker is the first Texan in this class and the third-highest ranked defensive commit for them via the 247Sports Composite.