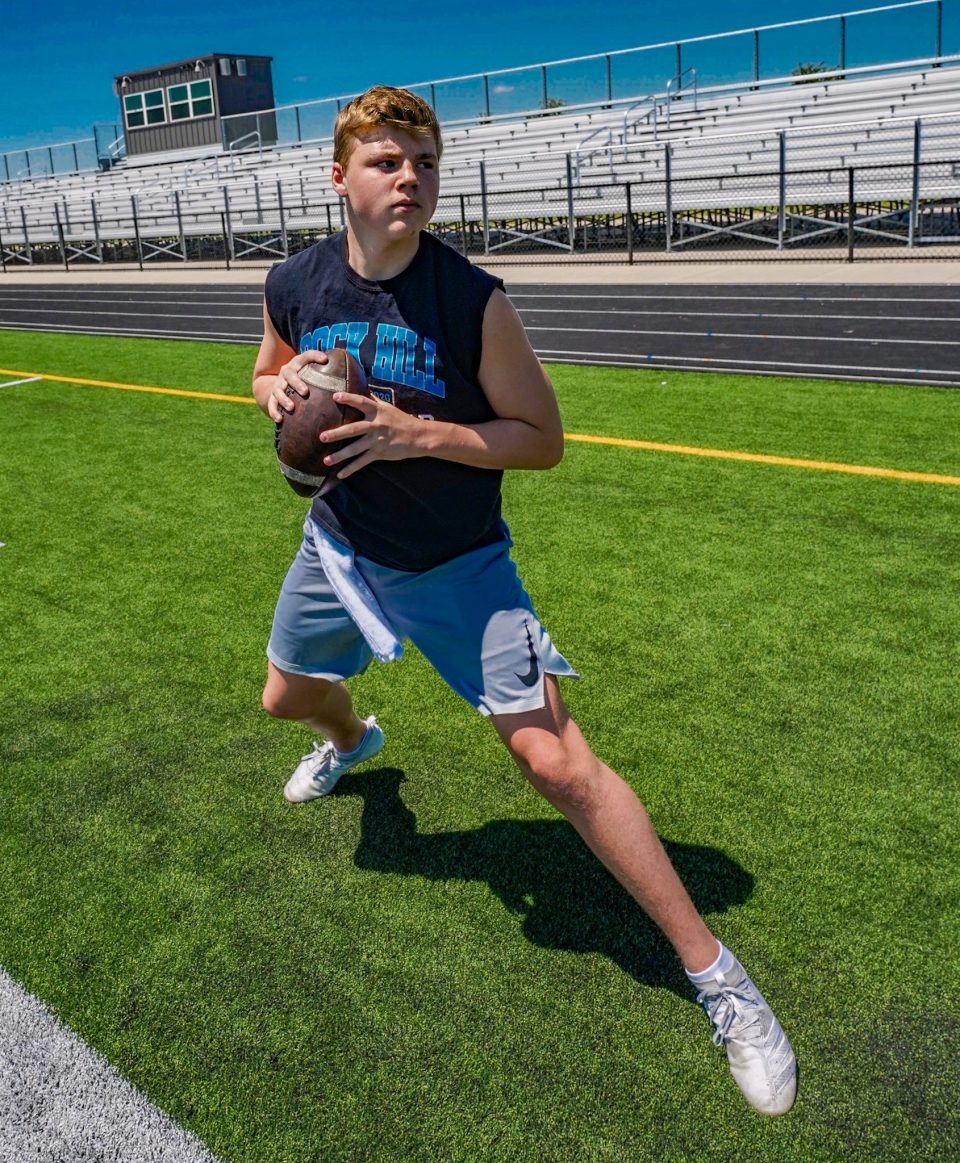 In the summer of 2018, Prosper ISD announced the second high school to come to the district. With the influx of people moving to Prosper and with Prosper High School very quickly becoming a 6A D1 program, Rock Hill High School was announced.

Humble, used to spend his time scheming open Marvin Mims, who under his tutelage set the national record for receiving yards in a season. Humble also orchestrated the Lone Star offense to average nearly 50 points a game and 542.4 yards a game.

The new 5A program has their school, has their coach, now they need their quarterback. 2023 quarterback, Matt Wagner might just be that guy.

Wagner is a 6’3 190-pound quarterback who will be a sophomore by the time Rock Hill starts its inaugural season. He’s looking to become QB1 for his coach who was a former quarterback himself at SMU.

“My family and I moved here from Midlothian, Texas in 2017. We were aware that Prosper was building a new high school and looked forward to being apart of a new program,” Wagner said.

“I think it is a great honor to be able to work with a bunch of my teammates to build a culture from the ground up. Coach Humble and his staff have instilled a great sense of family and dedication to one another in pursuit of being an elite program. In the short time, we have been together, Coach Humble and his staff have made it clear that excellence starts with us,” Wagner explained.

Rock Hill is facing an uphill battle though before its first season. While the COVID-19 pandemic has set-back most of America, it’s completely halted the program at Rock Hill. Luckily, on-campus workouts have recently resumed, and that has lessened the blow a little bit.

Rock Hill is expected to have over 150 in its football program. Around one third will be freshmen. Coach Humble and company will have an uphill battle in year one. Wagner though is excited about the opportunity to potentially be QB1.

“It would be amazing! I have been working toward the goal of playing on Friday nights since I was in the first grade. It would give me the opportunity to be apart of something really special with my team, school, and community,” Wagner said.

Rockhill is slated to be in 5A district 7 along with Frisco who is coming off of an impressive 11-2 season one year ago. They will be joined by Denison, Lebanon Trail, Liberty, Memorial, Lake Dallas, Lovejoy, and Princeton.

Despite everything against them, Wagner is excited about what 2020 could bring. He has high expectations for himself and Rock Hill in year one.

“One of Coach Humble’s goals is to be playing football in November. As a new program we have many goes from academics to athletics and everything in between,” Wagner said.

Everything as of now is going against Rock Hill. They have a long ascent to climb. But, with a coach like Humble, and kids like Wagner who completely embrace the process, who knows how good this program could be from the get-go.

Wagner wants to be the man at Rock Hill. But one thing that’s just as important as that is his academics and how he can impact the community and students of Rock Hill.

“For me, personal success starts in the classroom. My parents have always emphasized the importance of academics. I also strive to be a leader among my peers,” Wagner said. “I look forward to serving on the Rock Hill High School Hope Squad which is about promoting connectedness and encouraging mental wellness at Rock Hill. On the field, my success comes from achieving our team goals with hard work and dedication.”

Don’t be surprised if Matt Wagner, Coach Humble, and the rest of Rock Hill nation make some noise immediately. They’re a program full of kids wanting nothing more than to put Prosper ISD’s second school on the map.

Whether it’s Matt Wagner, Guyer transfer Tyson Trammell, or kids re-zoned to attend Rock Hill. Not many other programs will have as much heart as the Blue Hawks of Rock Hill in 2020.

Dekaney’s Daelyn Williams looks to Continue his Success into 2020