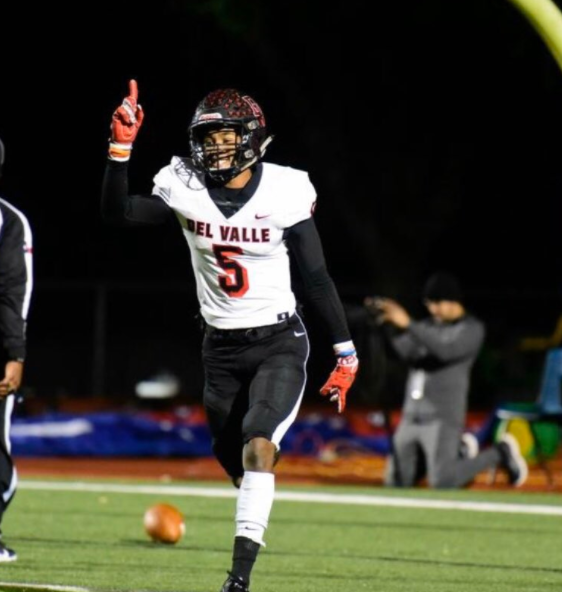 247Sports recently dropped their new rankings for the 2022 class. Carroll’s Quinn Ewers is the top quarterback and player in the nation. Arlington Bowie’s Devon Campbell is the top offensive lineman in the nation. The nation’s top wide receiver also resides in Texas with Del Valle’s star wideout, Caleb Burton.

“It’s a blessing being the number one wide receiver in the country truly, but at the same time, I know for me I have to continue to stay on the grind and even work harder cause I know everyone is coming after me,” Burton said.

Caleb Burton via the newest 247Sports Composite rankings is a five-star prospect. He’s ranked as the 11th best players nationally, the best at his position, and the third-best in Texas for the 2022 class. Via 247Sports own rankings, he’s the number eight ranked player nationally.

Burton saw playing time his freshman year to the tune of 32 catches for 609 yards and six touchdowns. His sophomore season saw a huge change of production increasing his totals to 50 catches for 906 yards and 12 touchdowns.

“My hard work and dedication to the game are what leads to my success,” Burton explained. Also, a big part of my success is how much time I put forward to my body to keep it running properly by stretching and rolling out every day.”

Burton stands at 6’0 165-pounds currently and has offers from virtually everybody. Alabama, Auburn, Clemson, Georgia, Michigan, Notre Dame, Ohio State, Oklahoma, Oregon, Penn State, and Texas among many others are all fighting for Burton’s services.

“The recruiting process is going very well right now, I’ve had some virtual tours with some schools and I’ve been talking to a lot of schools every day,” The star wide receiver said.

Del Valle last season disappointingly missed out on the playoffs with a 5-5 record. This season, with many of their offensive weapons returning such as quarterback Jace Wilson and running back Tavierre Dunlap, Del Valle is expected to go to the playoffs. A playoff appearance in 2020 would be their first since 2016.

“The goal for my team this year is playoffs, we have more the enough talent and dedication to make a run for district champs and playoff run!” Burton empathically said.

Caleb Burton in two seasons has made himself the best wide receiver in the nation. Even as a freshman, he was mossing kids left and right. If you haven’t heard the name Caleb Burton before, get ready to now.