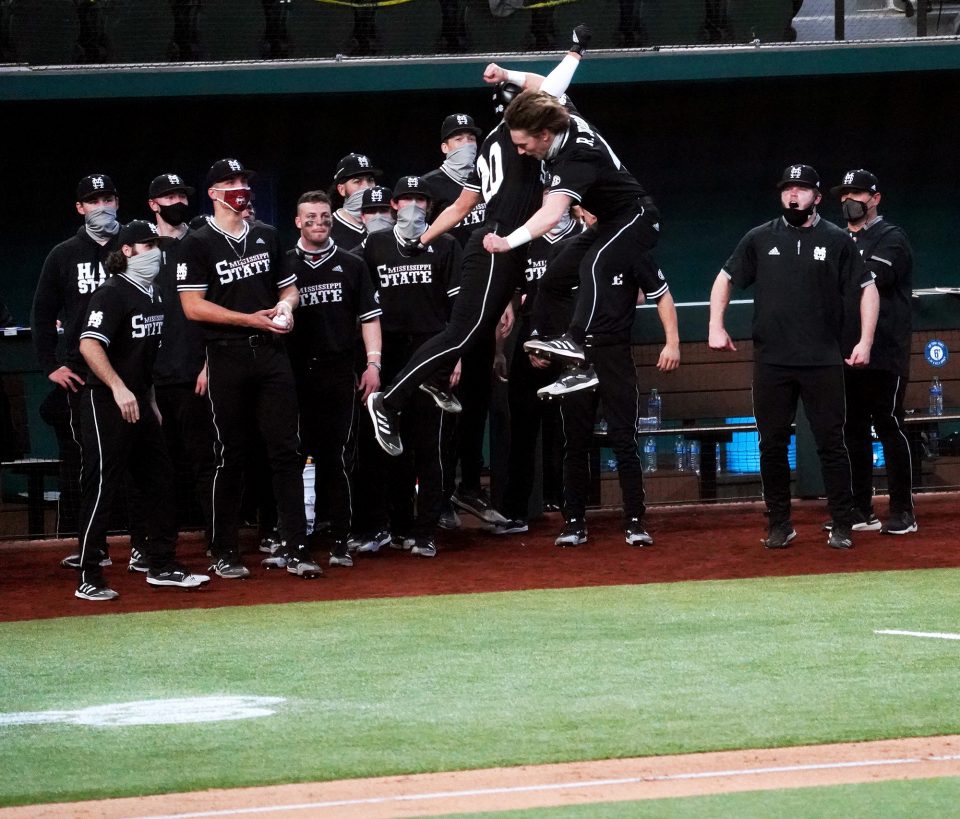 ARLINGTON, TEXAS- Mississippi State dropped the only game so far by an SEC team, but the Bulldogs made sure they left the state of Texas with a winning record. Behind the bats of Rowdey Jordan and Luke Hancock, who combined for four hits and six runs batted in, Mississippi State beat Texas Tech 11-5 in both teams final game at the State Farm College Baseball Showdown.

The game was very back and forth for most of the afternoon, with the teams exchanging leads until the eight inning, where Mississippi State would go up 6-5 and never looked back. The Bulldogs got five runs from four different hits in the ninth inning to seal this win and keep away a resurgent Texas Tech team that started the year ranked #3 in the nation by Baseball America. The biggest hit in the game to keep Mississippi State in the game when it was close came from designated hitter Luke Hancock, who blasted a two run homer to right field in the sixth inning. Hancock ended the tournament with two home runs, both crucial hits during the series for the ball club.

Battle of the bullpens

Mississippi State did not have a relief performance like they got from Landon Sims on Saturday against Texas, but ultimately having to pitch six innings out of the bullpen can be a daunting task for any team. After Cam Tullar gave up four runs out in relief of starter Jackson Fristoe, the bulldogs bullpen only allowed one more run the rest of the way. Carlisle Koestler ended up getting the victory, he finished the night with two and two thirds innings pitched and only allowing one run during that time. Kc Hunt and Spencer Price would also throw shut out innings after Koestler. The Texas Tech relievers did not fare so well, as every pitcher allowed at least two runs or more during their time on the mound.

Mississippi State will move on and play Jackson State on Wednesday Feb 24 at Home while Texas Tech will play host to Houston Baptist for a weekend series starting on Friday Feb 26. With this win the SEC is now 6-1 in the tournament, with Ole Miss and Arkansas still left to play against Texas and TCU.