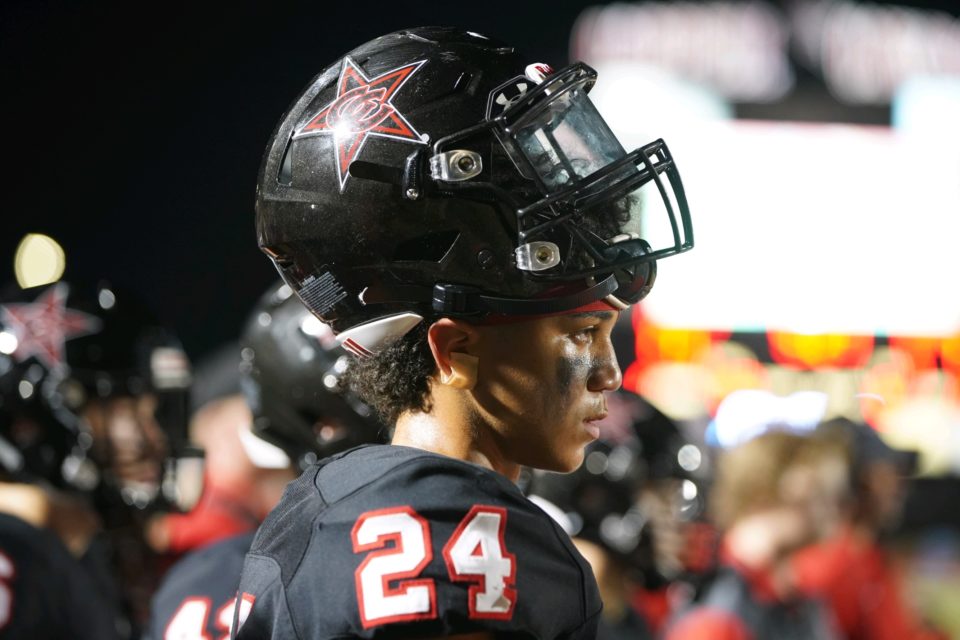 The Covid-19 virus has turned the whole world on its head. President Trump has declared a national emergency. People around the globe are being forced to quarantine themselves. All spring sports have been either suspended or canceled.

The NBA is suspended indefinitely. MLB is pushed back at least two months. The NCAA went as far as completely canceling every spring sport, even march madness is gone.

Now, more then ever is the perfect time to look towards the future. Sports can be used as an escape for certain people. Have a bad day? Turn on the game. The state of Texas High School Sports is a crazy one. There are freak athletes everywhere you turn. But, one kid who everyone should have their eyes on is Coppell dual-sport athlete, Anthony Black.

Black is a Sophomore at Coppell who was a dominant force on the football field as well as the basketball court this season.

“It’s pretty tiring at times but at the end of the day, I like it because I compete at a high level for both and have been playing both my whole life,” Black said.

In football, Coppell went a disappointing 4-6 and missed the playoffs. Black, however, was a bright spot. As a sophomore he led the team in catches, receiving yards and receiving touchdowns with 43, 822 and nine respectively.

The 6’5” playmaker already has offers from Kansas, Illinois state and North Texas to play football.

In basketball, he helped Coppell reach a record of 29-6 and a birth in the area round of the Texas 6A playoffs. During the season he averaged over 10 points, five rebounds, and three assists a game while also leading the team with 2.3 steals a night.

He’s received an offer from North Texas to join its basketball program.

“I think my success at this age is mainly because of my competitive spirit and I want to be the best on the field always,” Black said.

Black is set to carry the Coppell Cowboys for the next few years. He’s already got the production to prove it and he’s only going to get better.

“For the next two years I want to try to do a lot better than this year so maybe offensive MVP for football and basketball,” Black said.

No matter what the situation, Black comes prepared. Schools are shut down across the country as well as local and city governments telling people to stay indoors. Black still finds a way to get prepared for 2021 and beyond.

“I’m just jogging and running sprints to try and stay in shape and also going up to the field running routes and going to outside basketball courts so I can hoop a little too,” Black said on how he’s still training during the pandemic.

There’s no doubt that Anthony Black is the next guy up and should be on everyone’s radar going into the 2020 football season.

“By my senior year, I hope to be good enough to where I have the chance to play wherever I want to weather it is basketball or football.”