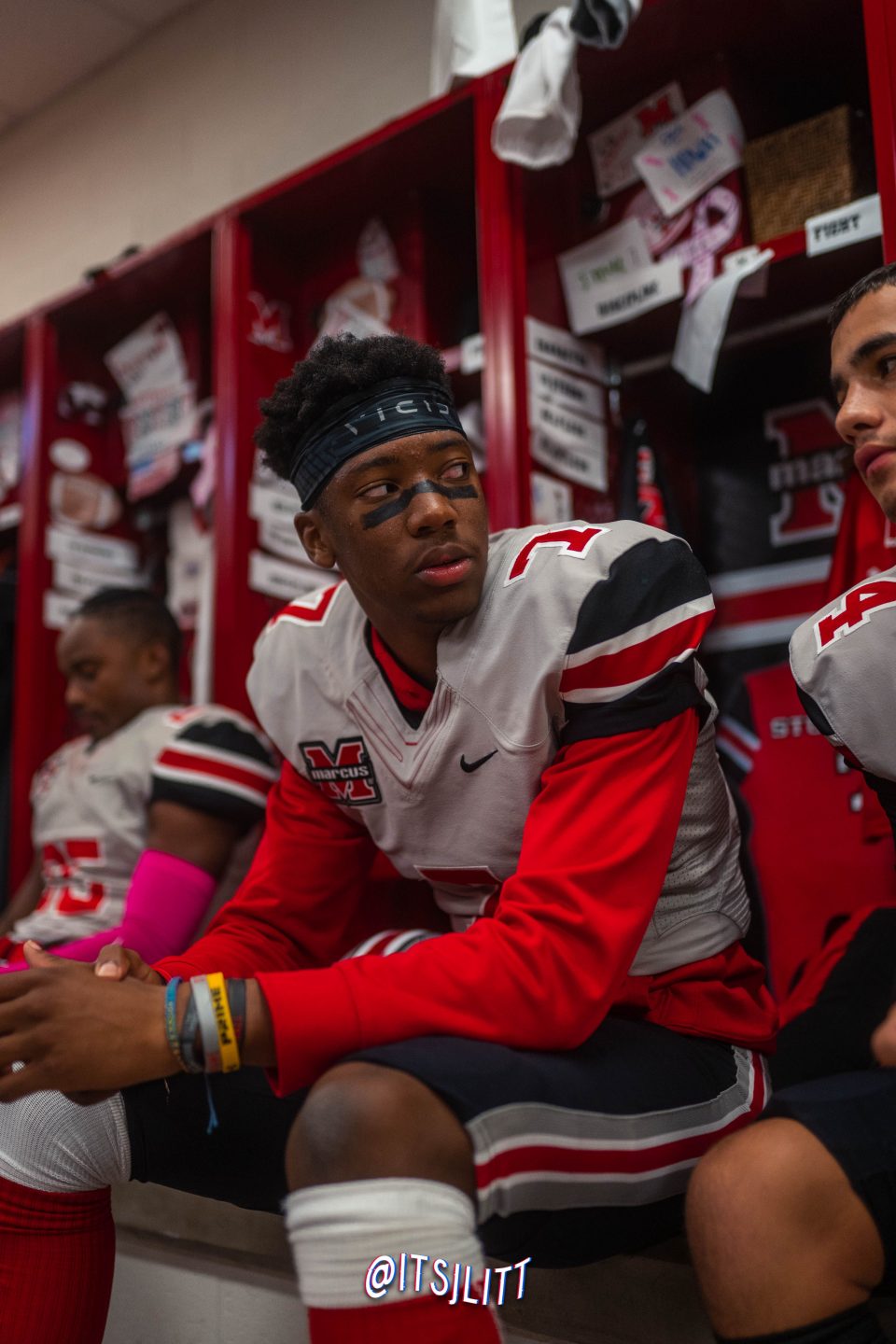 Despite there being a dead period in the NCAA when it comes to recruiting, that hasn’t stopped recruits from announcing where they will be playing after high school. With technology, zoom calls, facetime, and virtual visits have kept recruits in contact with universities and coaches around America.

Just because yesterday was the fourth of July, that didn’t stop the recruiting cycle from slowing down one bit. The nation’s top quarterback prospect and Elite 11 MVP, Caleb Williams, capped yesterday’s festivities by announcing his intention to commit to Oklahoma and Lincoln Riley for the 2021 class.

He wasn’t all though. Four Texans shut down their recruitment by committing on the fourth of July. Some of the best players that Texas has to offer made their huge life-changing announcements, here they are below.

Sturdivant had a breakout year in his junior season for Marcus. The unanimous first-team all-district receiver hauled in 87 passes for 1,125 yards and 10 touchdowns. He helped Marcus reach an 11-2 record and the third round of the 6A D2 playoffs. Sturdivant via the 247Sports Composite is a four-star commit. He’s ranked as the 34th best wide receiver for his class and the 30th ranked player in the state of Texas overall.

Sturdivant via the 247Sports Composite is the highest-rated commit for California’s 2021 class. Sturdivant looks to follow in the footsteps of Aaron Rodgers, Jared Goff, DeSean Jackson, and Keenan Allen as Golden Bears to make it at the next level.

Stone Eby, defensive end, Flower Mound, SMU commit – The next Texan to commit was Stone Eby from Marcus’ rival, Flower Mound. Eby decided to stay in the DFW area and commit to the Mustangs of SMU.

Eby via the 247Sports Composite is a three-star commit. He’s ranked as the 68th best at his position for the 2021 class and the 168th ranked player in the state of Texas overall. Eby last season helped Flower Mound go 8-4 thus reaching the second round of the 6A D1 playoffs. The 6’4 240-pound monster had a great season as a junior. He recorded 78 tackles, 22.5 for a loss, six sacks, six passes defended, and a pair of forced fumbles.

Eby joins a 2021 SMU class that ranks 43rd via 247Sports. He joins 11 other Texans including four-star quarterback commit Preston Stone, wide receiver Dylan Goffney, and safety Isaiah Nwokobia among others. Eby also had offers from Baylor, Duke, Iowa State, Purdue, and Washington State among others.

Neville, transferred to Hightower close to the start of the season. Despite being a late addition to the offense he still managed to come down with 30 catches for 276 yards and a pair of touchdowns. He saw most of his production come out of the slot. Expect the 6’3 near 200-pound future Husker to be a more deadly weapon his senior season.

Neville’s commitment propelled Nebraska to now the 40th overall class in 2021. He is, as of now, the lone Texan in their class.

Latrell McCutchin, LBJ, cornerback, Oklahoma commit – The final Texan native to commit was Latrell McCutchin out of LBJ. He committed to Alabama all the way back in June of 2019. He later de-committed in March of this year before now jumping all-in on the Sooners to commit to Oklahoma.

McCutchin is a 6’1 four-star cornerback via the 247Sports Composite. He’s ranked as the 21st best player in the state of Texas overall and the 11th best at his position for the 2021 class. Despite missing all of the 2019 season with a torn ACL, as a sophomore, he was named the District 12-5A-1 offensive newcomer of the year as he often played wide receiver as well.

No matter what day or time it is, the football recruiting cycle doesn’t stop for anybody. While we were celebrating, these four Texas High School Football stars made life-changing decisions. More and more will continue to change their lives each and every day.

Week 4 – Professor’s Picks: Every game in North Texas in 6A-2A