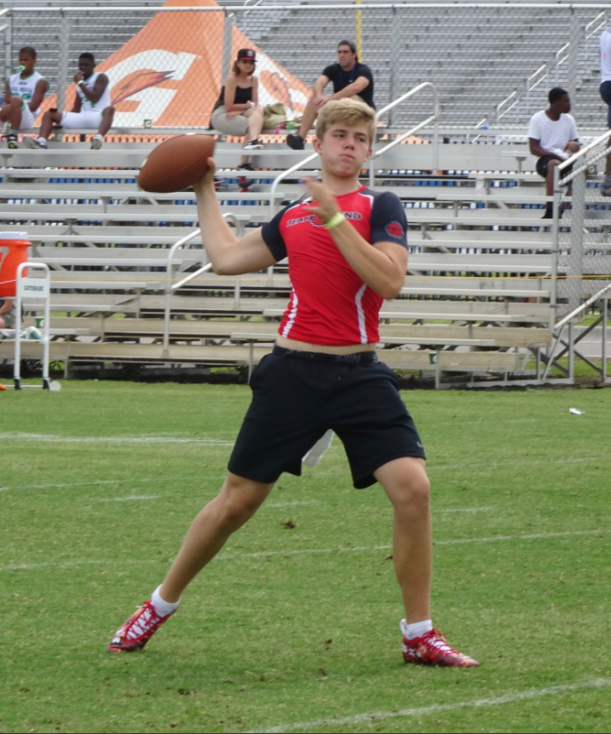 Hawaii as of late has been a second home to Texas athletes. Their 2021 class has seven hard commits, four of them are from Texas. The latest Lone-Star State product to join the Rainbow Warriors is Highland Park quarterback, Brayden Schager.

“The coaching staff really made me feel at home and gave me a family feel. I think that I can succeed on and off the field. Also, the Texas connection at Hawaii was very important to me,” Schager said.

Todd Graham was brought in to coach Hawaii after previously coaching Arizona State to a 46-32 record in six seasons in the desert. Graham has racked up on Texas Talent recently, and now after Hawaii said goodbye to Cole McDonald, they now get Brayden Schager.

Schager is set to be the man at Highland Park in his final year at high school. In his limited playing time last year, he completed 60% of his passes for 473 yards and six touchdowns to just two interceptions.

The 6’3 200-pound signal-caller is a three-star commit via 247Sports. He’s ranked as the 65th pro-style quarterback for the class of 2021 nationally. Overall for the state of Texas, he ranks number 261.

“Preparation is really key to my success. I push myself and work very hard so that I can be prepared for anything on the field. That includes the film room, the field, and weight room,” Schager said.

After winning three consecutive state championships in 5A D1, the Scots had a down year for their standards in 2019 as they went 11-2, losing two games to Lone Star along the way.

In 2020, Schager looks to bring the Scots back to their championship-winning ways.

“At Highland Park, there is only one standard and that is winning a state championship. My goal is to win that with my brothers for my last year,” Schager said.

Highland Park in 2020 welcomes 6A D2 powerhouse Longview to its district. They also land in region II which consists of Lancaster, Lone Star, Longview, and Ryan, four of the other early favorites to win it all.

Schager though, for the future will be playing football in the beautiful Aloha State. Their 2021 class ranks 111th nationally thus far. Schager joins running backs DQ James and Jordan Johnson from Lancaster and Allen respectively as well as Carroll’s athlete, Cinque Williams.

“The fans should know that I’m going to give it my all every time I play and that I am going to be fun to watch in the future.”

The King of 3A Football: Dane Jentsch