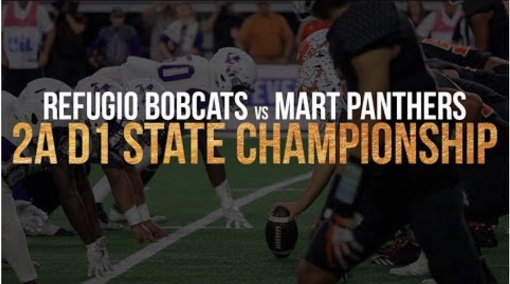 Risk versus reward has a linear relationship for the most part in football. When one goes up, so does the other. The Panthers of Mart used high risk efforts with trick special teams plays and an abundance of the deep ball to overcome a Refugio team that looked the superior in the first half of play.